There seems to be an issue with blurry thumbnails/2nd monitor loupe display in develop module after upgrading to LR4.2 from LR4.1 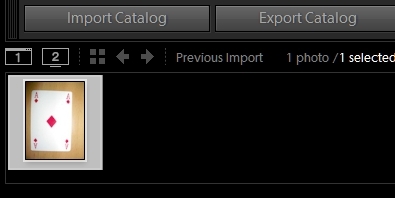 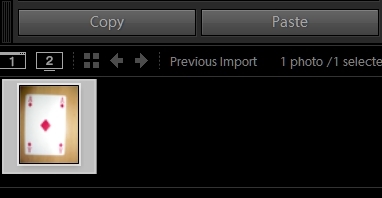 To reproduce, attach a second monitor and enable the Loupe (Normal) view on the Seconday Display. Then, enter Develop mode for a raw-format photograph. After adjusting the Shadows slider, observe that the loupe is blurry/pixelated until a manual zoom operation is performed on the loupe.

Those same steps yield the expected result in LR 4.1 (no blurry badness), but not in LR 4.2.

I'm on OS X 10.6.x, however this has been reported by users in many different OS configurations.

This reply was created from a merged topic originally titled
Secondary Window Loupe is blurry or pixelated after making Develop adjustments in Lightroom 4.2.

This reply was created from a merged topic originally titled
Secondary Window Loupe is blurry or pixelated after making Develop adjustments in Lightroom 4.2..
8 years ago

I would like to point out that there appears to be a blurry-causing bug on 4.2 that may be related to this, which is currently filed over here.

For me, the issue occurs on portrait-oriented photos, on the filmstrip AND secondary monitor, ONLY in develop mode. 100% reproducible. For the filmstrip, it only occurs when the item is active. If you then move to another portrait image, both thumbnails remain blurry. If you move to a landscape, the portrait thumbnails return to being sharp. Simultaneously, as the portrait image is rendered on the secondary display, it begins sharp and then turns blurry, with its thumbnail turning blurry at the same time. 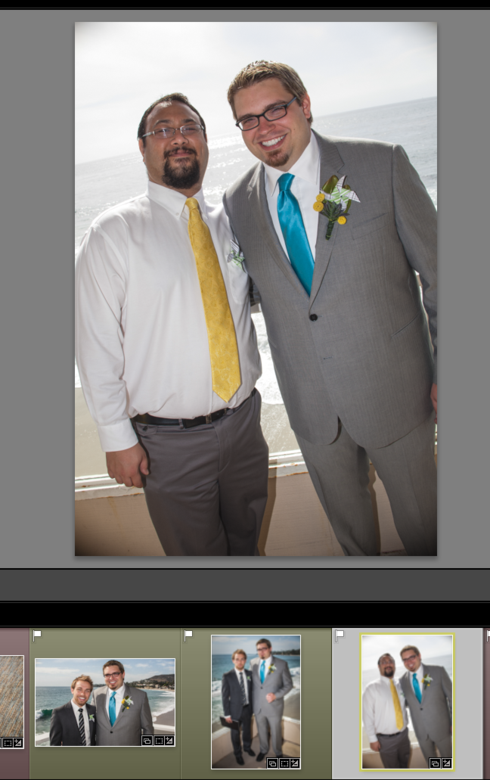 This reply was created from a merged topic originally titled
Blurry Previews in LR 4.2.
8 years ago

On the primary monitor, where you are in Develop, do you have the Navigator panel showing? If the Navigator is collapsed or hidden, try showing it and expanding the panel. I was able to reproduce the fuzzy behavior mentioned here, but only when the Navigator wasn't showing. I'm curious if this is the same issue you are seeing or not.

Thanks,
Becky
8 years ago

In my case, the navigator is also always open - just tried opened/closed makes no difference. Seems to affect some images more than others, possibly to do with different dimensions and scaling when zoomed?
8 years ago

Would you be willing to install the public RC of Lightroom 4.3 and see if the problem still occurs? Lightroom 4.3 Public RC can be downloaded from labs.adobe.com.
8 years ago

I'll give that a go, although someone already has on the lightroom discussion thread on this - no difference.
8 years ago

Installed, confirmed no change in this behavior. Real bummer.
8 years ago 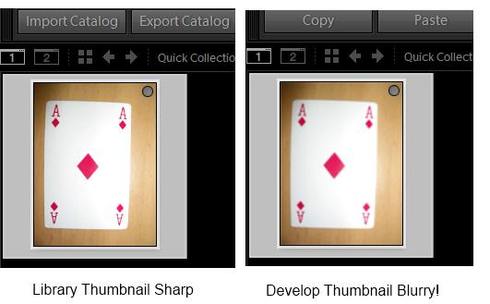 Yes, still the same in LR4.3RC as previously noted - shown in thumbnail above.
8 years ago

I'm also experiencing this problem and it seems to be related to portrait orientation. I have just rendered 1:1 previews for all images. For example I load new images in landscape orientation and within a second it is shape on both display, then I select the crop tool and crop (any value) and the preview looks fine. If hit the x key to rotate the orientation of the crop suddenly the preview is Ll blurred, if I hit x again to rotate back it looks fine.
8 years ago

The fuzziness goes away on ZOOM IN, but returns on ZOOM Out.
This is happening with both NEW and OLD images.
DNG are fine.
But once I edit it and save it in TIF format, either from Photoshop or PhotoMatix (HDR application), the image is fuzzy.
8 years ago

I too have the same problem in LR 4.3. Vertical-oriented TIF's (see screenshot of second monitor below) and CR2's both have this issue. Zooming in fixes the issue, but a zoom out restores it. Library view does not have degraded performance in the second monitor. 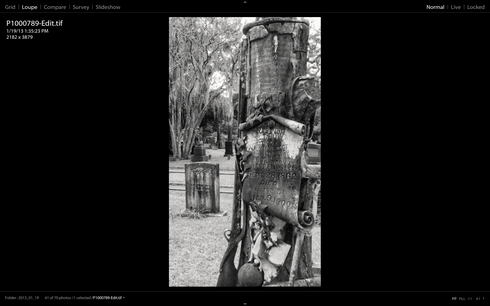 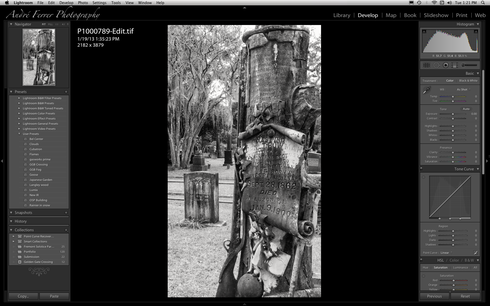 Top picture is second monitor, picture below it is primary monitor.
8 years ago

Same problem... When that BAD bug will be solved ?
8 years ago

Apparently, on my side, problem appears everytime in native ratio (2x3 for me), not depending on orientation, in ratio 1x1 everything is ok.

This issue is very problematic for me since LR supports HiDPI displays only on 4.3.
7 years ago

Just stared for me on a 2 year old MacBook Pro OS 10.6.8 8Gb Ram, LR 4.3. Never had this issue before. The main laptop screen is fine at 100-200%. Second screen is blurry (in the image area) at any magnification. Quitting and restarting LR solves the bug for a while. Turning off and on secondary screen in LR doesn't fix it.

In progress. Team is investigating a fix.
7 years ago

Official Response
This issue has been somewhat improved in Lightroom 4.4. There is still work that needs to be done, but it's better than in 4.3.

The public release candidate of 4.4 is available for download here:
http://labs.adobe.com/technologies/li...

Please note that this is not the final version of Lightroom 4.4, it's a release candidate. A "release candidate" label indicates that this update is well tested but would benefit from additional community testing before it is distributed automatically to all of our customers.

Thanks,
Ben
7 years ago

Looks almost entirely fixed in 4.4 RC for me. Thanks for posting the link there. Much more usable now!