Hello.I'm a 3D Artist in the games industry. I like to use patterns alot for texture overlays and such. I love the ability to pan the pattern, or just swap out the pattern for a new one and keep the same mask when somethings not working (I love masks too).One qwirk however, theres no ability to rotate them without collapsing the pattern fill to a layer and doing it manually. Breaking my non-destructive workflow and ruining what i love about patterns. I am sure it wouldn't be too hard a feature to add, seeing as the gradient fill layer already has an rotation/angle implemented. This would save time and also keep my PSD's nice and tidy.I made a handy little gif that switches between pattern fill currently, and what would be desireable.Thanks.Chevy McGoram

Hi,
Is it possible to manage so we could rotate patterns? It comes in pretty handy sometimes.

This reply was created from a merged topic originally titled
Photoshop: let us rotate patterns.

I'd love if patterns could rotate... like brushes could, if not the same way, how about 90 degrees at a time? (From either the layer properties or maybe the pattern pane)

Probably best if the rotation resets upon clicking a new one?

It's easier than making a new preset for every rotation.

This reply was created from a merged topic originally titled
Pattern Rotation.

Hi Rachel, that would be great wouldn't it. I work with patterns a lot and struggle to rotate them every time. That's why I suggested Photo Shop guys to come up with a way to do so.
Let's see...

90 degree rotations might be reasonable. Arbitrary angles would take quite a bit more work.

But I need justification for management: why is this important, how much time does it really save, what market segments need this functionality, etc. ?

I think the feature is also of potential benefit to illustrators – when I use Hard Mix-patterns for example to simulate halftone screens or engraving the current workaround of converting Pattern Layers to Smart Objects and rotating those can amount to a couple of minutes per image depending on the pixel-dimensions, I guess.
Admittedly it is not a technique I use very often ...

1. It would save room and disk space on the computer.

2. Even if the Photoshop team is working on preset organization, 1 less pattern on the pane is less of a pain to find. You know which pattern you want--you just need to rotate it.

3. You guys have sizing of a pattern... so rotation just looks cool. =P

4. You could also consider 45 degrees rotation too. But I think this would be harder?

5. Saves tons of time, because I don't have to make 4 patterns in what could be 1 swatch

6. Some people are just that dense and can't for the life of them figure out how to make a new pattern swatch. For those who aren't that bright/don't have enough time, it would mean extended capabilities. (Making patterns isn't easy for the average joe.)

7. The competition: Manga Studio EX already has pattern rotation (free rotation to boot), but honestly, it's a lot clunkier than photoshop's. While Manga Studio EX does seem to base most of the algorithms on vector rather than raster, the fact that others are catching a wiff that you can rotate means two things:
a. It can be done.
b. Adobe Photoshop should consider staying *ahead* not behind the curve.
If your major competition had it and you don't... doesn't that bode not so well for the future of the program? In basic marketing terms, you want to set the trend, not follow it. You, as a company, have fallen behind on some basics and have been playing catch up. Pattern rotation is fairly new... get on the boat early. (So you don't have the smart pattern fill thing you took from Gimp)

8. The reason I don't use pattern so often in Photoshop is that I find pattern hard to manipulate--rotation would make it so much easier for us.

9. Who would use it? People who draw people. Comic artists. Fashion designers. Pattern designers (Their entire reason they use Photoshop is to create patterns. For them to be able to demonstrate the ways that their pattern rotate in real time would mean a ton of ability to sell it to their boss--because let's face it, most graphic design bosses hire creatives, but have a lack of imagination themselves being better at management.). 3D artists (Because they need a displacement map, or a pattern to go over clothes). Anyone who needs a patterned displacement map.

Do you need more UX reasons? I spend most of my time improving UX as my day job... I can go into more marketing reasons too.

I think this would be simple, easy to put in and not that hard to implement. Though I am aware it's slightly harder than Manga Studio EX since Manga Studio EX seems to store their patterns as vector (They also have a slightly better algorithm for converting raster to vector... which is probably why Photoshop doesn't store patterns as vector... because the conversion isn't as good.) and Photoshop doesn't, if I understand correctly. I think this is similar to the having to double click a layer to rename it in Photoshop history--everyone wanted it, but didn't know they wanted it until they had it. Plus if you pair this at the same time as the preset organization, I think you'll get a collective amazement--new organization clearly makes people happy.

I'll keep reason 6 in mind. And thank you for the list - that's a pretty good justification for the idea.

Christoph - we should probably talk more about halftoning. There are number of improvements that could be made for that, but we need to narrow down the actual use cases to figure out the best solution(s).

I use Photoshop for Architectural Illustration for a number of clients. For elevations, I use the Pattern Fill Layer Effect a lot, since the designers are constantly changing materials and like to look at a lot of different choices. A lot of these materials have a direction, and need to be rotated in different ways. Think wood grains. It is a pain to make a new pattern fill to rotate a material 30 degrees. Also things like grid patterns need to be aligned and align function should have manuel capability.

So do I...for architectural illustration is really useful

i've asked for something like this in the past.
i want a "smart" pattern fill. for retouching clothes with patterns. I've had to reconstruct pinstriped suits - and its not fun.

I'd like a filter to take a sampled area - like a swatch of pinstripe - that doesn't have to be perfectly repeating and the "smart" pattern filter would make a perfect repeating pattern. This pattern could be used as a texture mask for retouching, could be rasterized into pixels and warped into place, etc.

so as for justification - this would benefit pro retouchers for sure.
anyone who works with fabrics.
and it could save alot of time.
i am constantly fixing poorly styled clothes - and alot of them have patterns and having a good master swatch pattern would be a big help.

I work at a landscape architecture firm and we make highly detailed rendered plan illustrations. For things such as paving patterns, roof canopies etc, using patterns is great because it keeps file sizes low but provides a great deal of detail. However, paving patterns, etc. rotate with the building orientations, road alignments etc. Keeping these as a pattern and layer style allows them to be easily edited. Please, please implement a function to rotate patterns.

Mr.Cox, I was referring to stuff like this (which admittedly is not a technique I use very often): 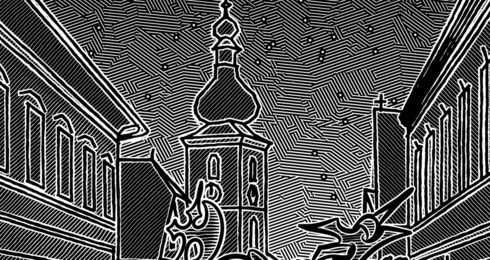 Hmm, I thought you'd go for more complex patterns. Anyway, probably best to have that conversation offline (I think you've got my email address). 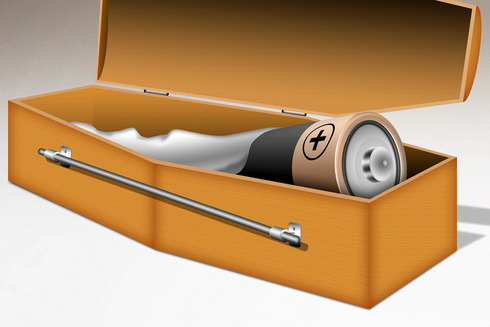 Hey guys, this is the type of work that I do, I think it's a little more complex...

This reply was created from a merged topic originally titled
Pattern Fill Improvement.

In the Add Layer Style dialog box > Patten Overlay. Can you add a Rotation Angle Slider below the Scale Slider. It is very helpful for architectural texturing for floor or wall patterns and the like. thank you so much.

This reply was created from a merged topic originally titled
Photoshop: Ability to rotate patterns by arbitrary angle in Pattern Overlay.

Photoshop: two simple things....the possibility to rotate a pattern, into blending option and to turn off/on all selected layers. That would be lifesaver. Thanks a lot

This reply was created from a merged topic originally titled
Pattern & on/off.

You can already turn the visibility off/on with selected layers. Select the layers and choose Layer>Hide/Show Layers (Note: you can assign a shortcut to this command by selecting Edit>Keyboard Shortcuts... )

Thanks a lot...now I hope for the rotable pattern ;)

So I just realized that if you rotate the image (Image > Rotate Image), apply the pattern you want, and then rotate it back, the pattern will stay angled. It only works for 90, 180, -90 rotations though.

I dream of a custom angle rotation into layer style :)

Neat trick, but a little time consuming when you have a huge file with a hundred layers!

Great point! Have been thinking of a feature like that very often.

Is there any way of editing patterns added to photoshop? If yes, this would give a quick workaround for the problem.

the pattern feature is a bit rigid...

I think any screendesigner would benefit from that feature. I often use pattern fills for websites and UI in general.
It really would save me and hopefully dozens of designers out there a lot of precious time i think.

My Workaround: Filling a big shape with a fill of 0% with a pattern (100%, normal blending) -> converting it to a Smart Object -> Using Smart Object as Clipping mask on the Element I want to be filled with rotated pattern -> choosing angle and blendig mode for Smart Object

I'd find it really practical to be able to rotate patterns without rendering them as pixel layers.

Think about fashion garnments where you'd make selection, and rotate sleeves, collars, legs different angles, and may be try different patterns, so, not recreating them everytime, more dynamic !

This reply was created from a merged topic originally titled
Rotating pattern layers.

Thank you Chris for moving this here, i searched "rotate", and not "rotatable" :)

I actually just logged in to suggest this very thing.

For many things where a user wants a pattern fill layer style the only workaround is to create a new pattern at the desired angle.

For shapes it's easy enough to just dup a layer, apply the pattern fill, rotate the layer, then mask. But when applying a pattern fill to things like text (which will undoubtedly change later) multiple layers can be cumbersome to manage and re-mask should changes occur in the text.

The ability to simply set the angle of a pattern would not only cut down on the necessity to manage multiple layers with associated masks, but would also cut down on the amount of patterns needed to accomplish a given task. A user could have a straight, single pixel, vertical pattern then be able to use that one pattern tile for any single row pattern they wanted whether at 45°, 90°, 30° or whatever.

Since this is regarding pattern fills... I'd also love smart object patterns. Double click a pattern swatch and it opens in Illustrator for adjustment. I know, probably left field... but you never know until you say something ;)