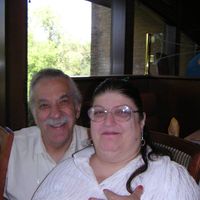 Photoshop: Release a simplified version of Photoshop like Photoshop 1.0

Adobe Photoshop
To whom it may concern;
My name is Ron Peal and I am writing this to you because of my concern of what has happened to Adobe Photoshop software over the years.
I am a retired computer professional who, about seven years ago began teaching senior citizens how to use Adobe Photoshop 1.0. At that time, and since, I have always thought that the overal design of that version of Photoshop 1.0 was one of the most intuitively designed programs I have ever experienced. It was a real joy for me to teach seniors how to use Photoshop. With almost no difficulty, they quickly learned how to use it.
But then, something happened. Newer versions of Photoshop were released. Photoshop Elements was introduced into the marketplace. I enthusiastically tried transitioning over to these new versions of Photoshop in the teaching of seniors. However, I soon found out that, without exception, none of these versions had the elegance of design of the original 1.0 version of Photoshop.
Trying to teach seniors how to use these newer versions became more difficult. My analysis of why this happened follows. I believe that Adobe Photoshop designers in their zeal to add more and improved features to the software resulted in an unintentional degrading of the original intuitive design which made Photoshop 1.0 such a successful, easy to use, program.
Honestly, Adobe is not the only company which has suffered such a fate. I believe that this has also happened to such programs as Microsoft Publisher as well as the whole Microsoft Office suite of programs.
At this point, I have a request for Adobe. Please develop and release an equivalent version of Photoshop 1.0 which can be installed in PC's running Windows 7 and above. I am sure that, if and when, you can do this, their will be a tremendous demand for this new software.
Thank you for your help.
Ron Peal (email: rspeal@yahoo.com)

I think I started with Photoshop 4. All I can say is, I certainly wouldn't want to go back and be limited by what that software could do. And I am a senior citizen.

The design really hasn't changed that much. What has changed is that new features and options have been added.

Photoshop 1.0 was released 23 years ago for Macintosh only, and won't run on modern computers.
Are you talking about Elements 1.0, perhaps?

I found this idea very interesting.....