With the new artboard feature if i duplicate a folder in one artboard and paste it a another the layer positions don't stay relative to their placement before duplication and movement.

I too have this problem. It's kinda annoying, specially when I have dozens of layers and need to go to the top of the artboard to drag the layer down again.

I agree 200% Adobe please resolve this. I don't even want to use artboards anymore, because of this.

Would love something like this, which is also akin to "Edit > Paste on All Artboards" in Illustrator.

Sounds like this issue: http://feedback.photoshop.com/photosh... Which should be fixed in an upcoming update.

That one is annoying, but it's a different issue than what Ken and I are having.

Ken, can you tell me more about what you are experiencing? Would like to get a reproducible case for debugging. Can you provide more details to describe the error you're seeing? We may have a fix for this ready, but I want to be sure I'm understanding you correctly first.

I'll try my best. It might be easier to do a Skype call but I'll try to describe the issue.

Issue:
The assets position are not staying in place.

I'm not able to reproduce this issue. When I follow these steps, I get the duplicated assets in the right spot in the new artboard. Are you still seeing this issue? If so, I'd like to schedule some time to see it happen live.

Let me know if that would work-

I have the same issue as ken under basically the same scenario. I can consistently get it to happen with these steps:

- In the layer panel, Drag layer group that is not in an art board into an art board.
- All layers are now aligned centered to each other (this could be vertically or horizontally. it's different every time)

I'm attaching an image to show the issue. 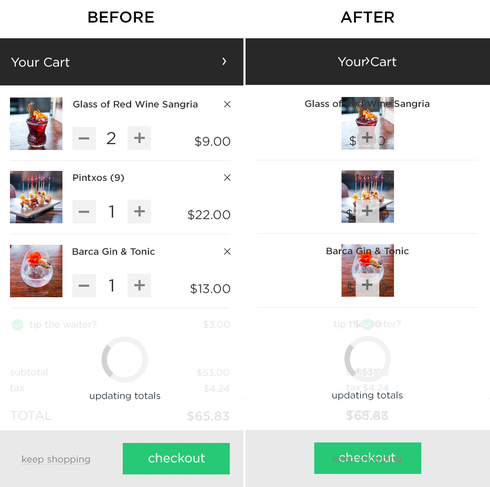 I just noticed that if I use the mouse to drag the layer group in the canvas area into the art board area, the relative layout remains unaffected as one would expect.

The problem only happens for me when moving groups around in the layer panel, not in the canvas area.

Well, it's actually not anything with internal IDs that are attached to each layer. The recent bug was purely a problem caused by some cleanup we did in the 20.0 cycle to fix other issues reported by users over the past 3 years. Unfortunately, this got past us, but the duplication issue should be better in 20.0.1. Please try it out.The recent issue was caused by a combination of auto-nesting and coordinate juggling. Using your example: When a group within a artboard B is duplicated, the XYWH of the group is supposed to be measured from the upper left of the containing artboard B. When the new group is created, it is positioned relative to a destination "container", either an artboard or the document canvas. (Digression 1: In artboard documents, the document canvas is hidden. It also changes size depending on document content. This allows you to spread artboards and content not in artboards all around as you do your designing.) The bug was that we picked the wrong destination container when duplicating within an Artboard B: we picked the document canvas, when we should have picked Artboard B. This caused the new group to be created with the XYWH relative to the canvas. Usually this will position the new group in the upper left of your workarea which just happens to be where Artboard A is located. (Digression 2: you can still see the bounds of the hidden canvas in the Navigator Panel if you are curious.) If you have just one artboard, the container offsets for the canvas and he source Artboard are the same which is why a portion of our basic testing did not show a problem. Anyway - At the conclusion of the new group creation, the auto-nesting code then fires: It first moves the group out of Artboard B because it is no longer visible within Artboard B, and then it autonests the group into Artboard A because with it's new coordinates it happens to overlap with Artboard A. And that's why you saw what you saw.Cmd-J on a single layer bypassed this mechanism which is why that use case works even when working with multiple Artboards. Why there are two mechanisms for Cmd-J is an Official Mystery of Photoshop internals. There are also about 6 other ways to duplicate a Layer or Selection. Stuff like that happens when the code base is 28 years old. And yeah, we should find time to tidy that up.

Then cease releasing new Photoshops for next few years and rewrite original code finally, so you have clean start for new features which will be easier to fix if found buggy. Do not postpone it ! ;)