We must have very different ideas of what constitutes an adjustment. If I go to Image>Adjustments>Posterize (for example), that adjustment changes the content of the layer. The original data is History (literally). New layer via cut will do the same thing as a Ctrl+X, Ctrl+V would do. The effect of the adjustment is carried over because that is what you are cutting. After using the Ctrl+Shift+J shortcut, you shouldn't see anything different in the document window, although changes have been made in the layers panel.

What you could do is use Adjustment layers. You can create a new layer via cut, and then just change the order of the new layer to be above the adjustment.

Thanks for your reply Brett.

In the statement above, when I said "adjustment" I meant "adjustment layer".

The use case I was referring to was where you have a base layer with adjustment layers, and then you do a "cut to new layer" operation on the base layer.

Any you perform a CTL+SHIFT+J command on The base layer what you get is:

What I'd prefer the outcome to be:

The workflow surround my preference is this; When I use the "Cut to new layer" command, I do it to either have a non-destructive way of getting rid of a portion of the Base Layer, or to move something to it's own layer for strategic purposes. In either case, I want the *rest of the* original layer to remain unchanged.

It's not a big deal, but I think it would be a nice change for a lot of people.

If you want to keep the base layer intact, yet have a new layer for the selected portion, use Layer via Copy (Ctrl+J), which just copies the selected pixels to a new layer and leaves the original layer the same as it was.

After you do the Layer via Copy (Ctrl+J), just move the copied layer above the adjustment layers.

Then select the portion of the layer you want to copy then Ctrl+J and move the copied layer above the layer group, thus maintaining the adjustments on the original layer. 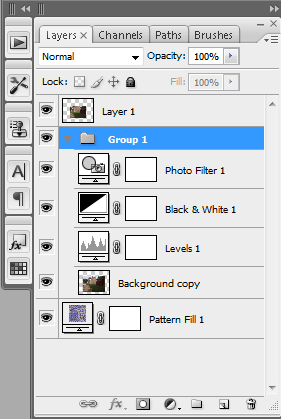 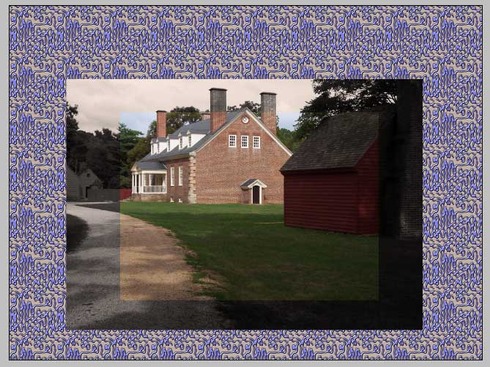 Thanks for your reply MTSTUNER.

Perhaps I should have steered away from terms like "non-destructive." What I meant was that could remove something from a layer, but keep a copy of it around in case I needed it later. Not exactly non-destructive in the technical sense, but very much so in the practical sense. That's what I get for over-use of technical Jargen :P

Anyway, there are work arounds to achieve the results I'm looking for, the easiest of which is to simply move the adjustment layers back to the original layer after the "cut into new layer" operation.

The solution you proposed is one of my favorite insider techniques, but it only works for actual "adjustment layers". Most of my "adjustment layers" are actually pixel layers linked to the original layer as a clipping mask. For those, the group's blend mode doesn't have an effect. ( as once they are no longer clipped to the base layer, they become normal layers) 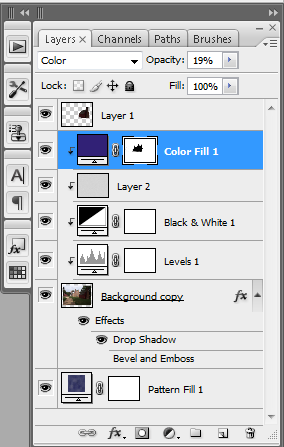 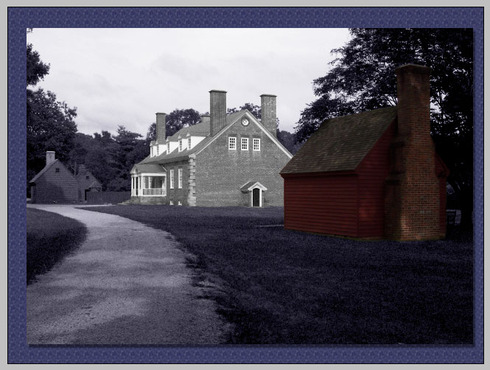 I can see why you would want it to work this way, but the application doesn't. The new layer command always places a new layer directly above the active layer, whether created via cut or blank. Things can just get confusing if there are other layers involved. I would suggest making an action that does the Layer Via Cut (Ctrl+Shift+J) + Bring to Front (Ctrl+Shift+]).