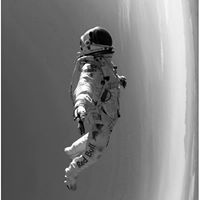 there have been a number of problems that have been bugging me which I would have hoped to see them fixed on CS6 but it hasn't happened.

Liquify tool: the shortcut keys for increasing the brush size are hard-coded into it!!

If I change the default keys for brush size in any other tools I would expect the same to happen in liquify however I can only use the standard [ and ] .

I believe shortcuts for brush blending mode (for example ctrl+alt+d for color dodge) cannot be changed from the default.

in cs6 when using custom shapes, one click on the canvas creates a dialog box. this did not happen in cs5 and its extremely disruptive for those who paint with custom shapes: doing fast strokes with a tablet often triggers this dialog box which is very frustrating to have to close every time. it would be great to have an option to turn this off or just removed entirely.

Undo: if i select a layer do a brush stroke and undo, it undoes the stroke but also moves me back to previous layer as well at the same time which is not expected. I would expect an extra undo to move back one step to the previous layer.
I then have to reselect the layer and start again. this extra step every time is very frustrating.

It's best if you post one request or issue per topic - so they can be answered, discussed, and voted on independently.