When you have 4 documents open and arrange them via Window > Arrange > Tile you get something like this: 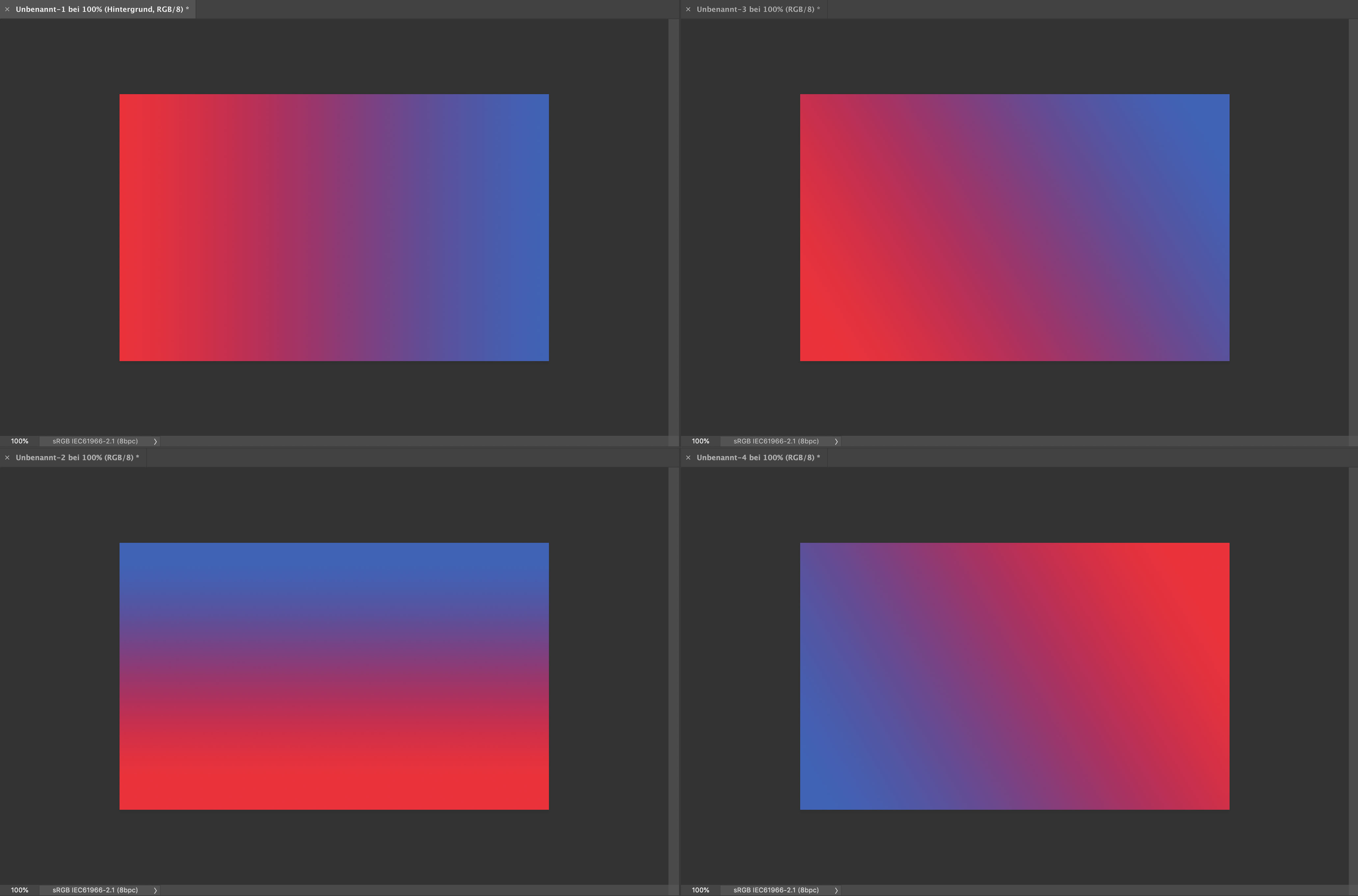 (I used the application frame in this example.)

When you now hit Command+0 on one of the documents it zooms to 313 % which is the same as it would do when you only have one document visible on your screen. Which means that the document is displayed a lot too big for the currently given window. I mean yes the command is titled "Fit on Screen" and actually it's still fits on the screen, but nonetheless that's an awkward behavior. I would expect Photoshop to be smart enough, so that it zooms to about 151 % so that the document fit's to the window (like in the manually zoomed example > lower right-hand corner: 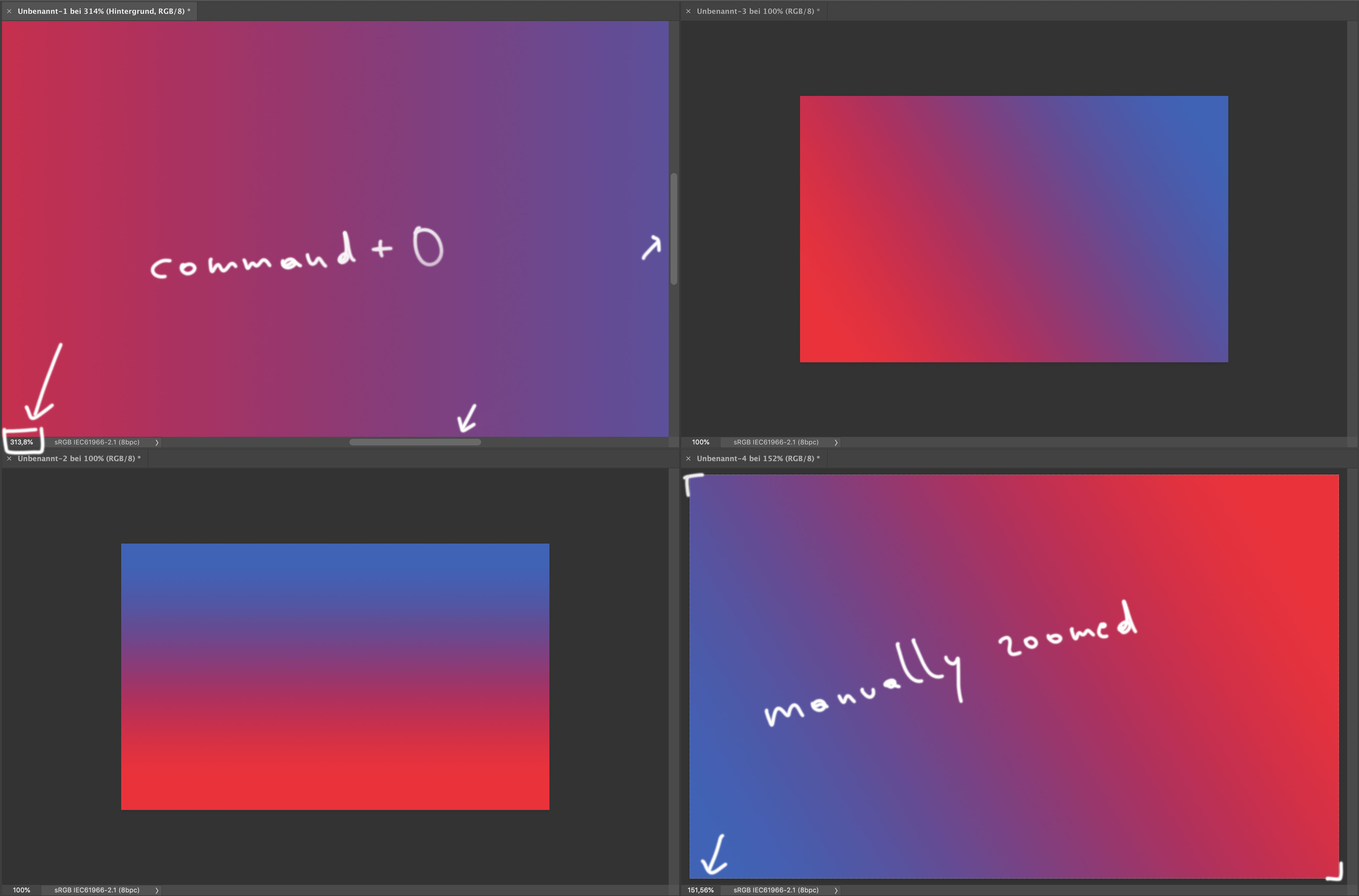 Maybe I miss something here, but I my opinion that's more a bug than a feature ...

Really? Am I the only one with this problem?

It definitely isn't expected behavior based on how it works in 1-up. Strangely, the behavior goes back to at least CS6. (My PowerPC with older versions is locked in my office due to the pandemic)

I'll ask the engineers to take a look.

Thanks Jeffrey. Looking forward to a fix :)

@JeffreyTranberry by the way: also the "zoom to layer content" function doesn't work as expected when you have more than one window arranged (at least on my machine). Maybe that's caused by the same "thing" ...