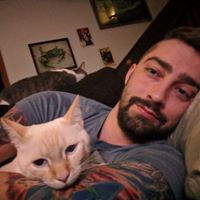 I was hoping that we could get a build of photoshop for Windows on ARM devices (ARM64). The Surface Pro X is a great little device for graphics artists, but 32 bit emulation is unstable and can crash unexpectedly as well as the issue of it requiring more battery power to run. The Pro X is not the only Windows on ARM device available (though it's by far the fastest) and the industry is expected to grow.

The device has a rather powerful GPU, responsive CPU, and highly functional speed and size RAM. It's more than capable of running photoshop even in 32 bit emulation mode and development towards it would be worth the effort.

While we can use the 32 bit photoshop executable, and ARM64 one would make a world of difference. Given the target consumer of the Surface products, I think this would be a well-enjoyed feature. While I certainly don't think it'd bring in millions of dollars of income, I do firmly believe it will at least pay for itself and make quite a few customers happy.

I know the Pro X has come out to a lukewarm reception from highly opinionated people (and I can't say I understand why), but fulfilling this request would cause nobody harm and could only make people happy. If it works out well, then it would open the door for other Adobe products to receive ARM64 builds.

We definitely need this. I recall that at the Surface Pro X unveiling they announced Fresco with ARM64 support but I'm sure it was mentioned that more Creative Cloud apps would be on the way... I wonder when...

This is the one missing app that is stopping me from switching to windows 10 arm for some of my devices.

Yes we definitely need this ro happen it would work very well we have seen how mich popularity the Adobe Photoshop CC iOS app got with the newer iPad Pros so doing an ARM64 version would only benefit Adobe an the creative community and also open up a door for other Adobe products to follow like Lightroom or Premier. This needs to happen.

+1 to this. Very much looking forward to having Photoshop on my Surface Pro X!