Over the last two weeks I've had two files become irreparably corrupted by using blur commands. Large blocks have been punched out of all layers/channels. Quitting before saving makes no difference. It's a particularly big PITA because it often corrupts not only the file you're working on but also the other files that you have open.

Files aren't that always that big (4000px region) and there aren't that many layers (about 20). No smart objects in the 2nd. Firstly on a MacMini, then secondly on a brand new iMac. Latest version of CC on both.


This is a fault which has been happening for ages - i first encountered it about 6 years ago. Is there still no fix!

It occurs most mainly with Gaussian Blur. But once Motion Blur. And once possibly Median .

Troubleshooting machines is little use as it's happened on at least 3 of my personal computers  - plus 2 studio machines (I freelance). So it's not system specific (but possibly mac specific). None of the machines have plugins etc interfering with them.

Although I work professionally with Photoshop daily -  the problem only crops up every couple of months on average. But it does crop up regularly and disastrously!

i spend 10-15 hours per day using Ps and have never encountered an issue like this. If the problem is as common as you say, more people would be experiencing it and there would be countless forum posts about it... where are they?

Like Earth, I use Gaussian blur fairly often without a problem, but that doesn't mean there isn't one under specific circumstances. If you could be more specific about file details (size, a screenshot of the layers—so we can see if some type of layer or mask is causing a problem—a screenshot of the blur settings applied, and a screenshot of the corruption you're seeing, we might be able to replicate the issue.

I'd be glad to try, I'm often working on images that are up to 6000 pixels on the long end, and I very often have 20 layers or more.

So it would be very helpful to have enough specifics that we can all chip in and try to make it happen on our own machines—preferably before we encounter it the way you have.

Could you post one of the files that's been corrupted for us to take a look?

Hi Jeffrey,
there's a screengrab below. Ignore the cyan box, I've added it to remove branding. As its ongoing client work I cant post it publicly, let me know if you have a private address.

The corruption punches holes through all the layers/channels. but not consistently. I can't reproduce the problem at will. These are commands I use every day, but the corruption only occurs every few months normally. It can effect all open documents not just the one I applied the command to.

As per my original post it's not machine dependent. But I always work on a Mac - with a wacom. The files are usually large for print reproduction. Usually CMYK - but I'm not sure if always. 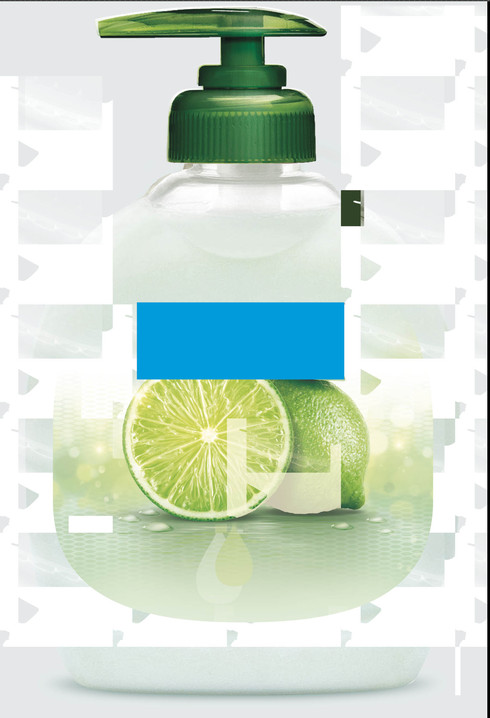 Just happened again. Third time in a week. got a screengrab this time. Motion blur was the culprit.
File unsalvageable. Thankfully the embedded smart object was unharmed. 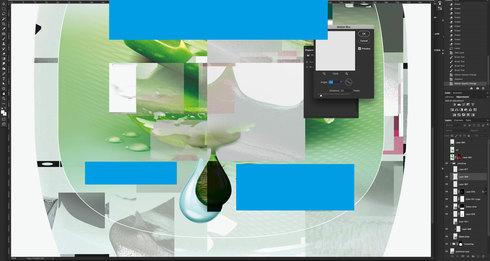 Can we get the PSD file? Screen grabs won't give us any good clues.

Sure. But where do I send it?

Can use Creative Cloud files or dropbox and share a URL.

Can I not send to a private address? It's client work