When using a type/text area in PS my keyboard arrow key's sometimes just stop working. There's just no more feedback and I have to restart PS to 'fix' the problem. This is a very annoying bug which really degrades my productivity!

This is still happening and it's still affecting my workflow. I got a new computer (a retina) and it's happening on this machine as well.

So far, I haven't heard anyone from Adobe even admit to the issue.

AGAIN: The Command, Option and arrow keys will intermittently stop working while using the type tool. This means I can not move through the field with the arrow keys, I can not commit the text changes with Cmd+Return, and I can not type certain characters, such as a right-angle quote (»).

We haven't been able to reproduce this.
We still suspect it's interference from other applications - but we don't know because we can't debug what we can't reproduce.

Could you share some more specific examples of how you get this problem? Does it happen reliably? What other apps do you have running at the same time? If you have an easily reproducible case, I'd love to see it and can set up a connect session via the Internet to do so.

We do want to get to the bottom of this, but like Chris said, we can't fix what we can't see.

I understand this being a complicated issue, given that the Adobe Employees are not able to reproduce it, and the numerous system configurations possible.

My thoughts are this though. I have had this same problem on two machines, both iMacs – one a 2007 and the other only one refresh old. So given that most of the responses have been about interference from other applications, I decided to do an entirely fresh install of Mountain Lion on both machines and, aside from the OS, install only Photoshop. Bam, still happens on both machines.

Since I have used these exact same machines to run CS5 (as well as having used Photoshop since version 4.0) and never had this issue before, I'm having a hard time with the idea that a clean install would still leave the ball in the users court.

My question is this, if I've done a clean install with Photoshop as the only application on the Machine, what are my options as a user? Safari is the default browser on the Mac. Magic Mouse comes with every new desktop Mac – as well as Mountain Lion.

If you were able to reproduce this issue you would understand exactly how frustrating it is when working in Photoshop eight to ten hours a day, five days a week. 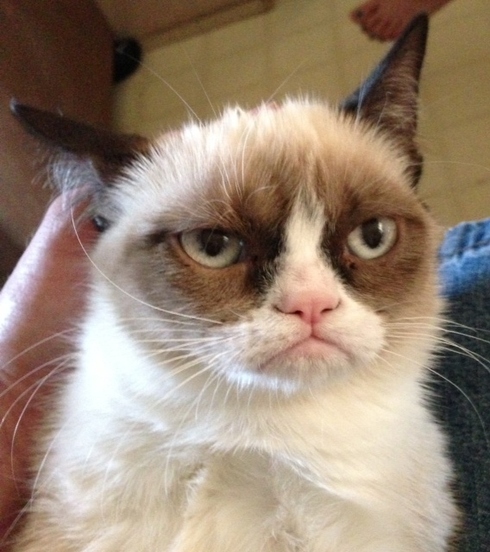 And yet only some people see the issue, and we can't reproduce it on clean or dirty systems despite using Photoshop many hours a day everyday.
Yeah, we're frustrated that there's something we can't explain or solve.

The frustration is understood. I spent two days doing a clean install (which involved replacing all of my other settings and applications after the failed attempt at solving the issue) simply to try and overcome this issue with Photoshop.

I wasn't trying to be critical in my message, just expressing the frustration that I get paid to work in Photoshop, not on Photoshop, and genuinely asking what I, a user who has done a clean install on machines that have not had this issue prior to CS6, can do to help the debugging process.

Try just watching what you do: what steps did you take just before things go wrong?

I'd be happy to follow up with you and try to walk through the problem with you. I'll send you an email so we can set something up. Truly, we would like to isolate the problem and solve it for everyone; I think I can speak for Chris when I say we take user complaints seriously!

I'm not saying that this is the case with this problem, but it's been my experience with similar problems that it's usually a focus or workflow issue. But I know that new OSes can wreck havoc on widgets and sometimes the most bizarre constellation of apps can cause crazy stuff.

Hopefully we can get to the bottom of this soon,
Thanks,
David

Having same issue since CS6, using Creative Cloud on OS X 10.8.2 - MBP Retina. Hopefully it will be worked out soon.

Whenever I am editing text in Photoshop CS6, my arrow keys do not work. I cannot move the text cursor around the text with my arrow keys. This starting to bug me a lot and I would like to know why it doesn't work, or how to fix it. They worked fine in CS5, it was since I updated to CS6 that they no longer work properly.

This reply was created from a merged topic originally titled
Arrow keys do not move text cursor around while typing text in PS CS6.

How are things progressing with a fix for this? I also find that the same issue applies to using the delete key, but not the backspace key (which stupidly on my Mac keyboard is also called Delete... genius) - I mean the one that deletes ahead of the cursor, next to the end key.

I can reliably reproduce the issue, then fix it, every time by doing the following steps:
1. Go into a text box, select all the text, then change something such as the font size, line height, or any character value.
2. Hit Enter to commit the text changes.
3. Click back into the text box. Cannot use arrow keys.
4. Exit the text box (esc)
5. Click out of Photoshop, into another app, Chrome for instance.
6. Go back into Photoshop, can click into text box and use arrow keys ok.

exactly... one important thing I'd like to point out about this that may help Adobe to hone in on this bug is that you need to press 'Enter' while the font size field is still selected. for instance you select some text, click on the font size field, and then hit the up arrow a few times to increase font size.

now at this point if i simply click on the text somewhere to deselect first and THEN commit changes everything is fine. BUT, if i hit enter while immediately after changing font sizes, while the font size field is still active, that is when the arrow keys (among other things) will lock up.

at this point the only thing to do is to switch to another app and back to photoshop and voila, everything is fine.

Yes, this is what's happening with my version. Except I don't have to click away from photoshop.

I found that by clicking on the font-size text field in either the character palette or the options bar then clicking back to my text box also fixes the issue.

Pressing 'Enter' from the font-size field is what's been breaking it consistently for me.

I have the same problem, but am finding it seems to be happening when I have Safari open in the background. If I quit Safari, my cursor behaves itself again.

This isn't an ideal solution, but it does work.

I'm curious to see how many of you setup CS6 similarly to CS5. Meaning, do you guys shrink the main dashboard background and have your tools/pallettes floating, with other apps visible in the background?

I ran into the keyboard problems many times, and it seems the only way I can fix it is through switching from one app and back to Photoshop. However, the same problem keeps happening.

Then, I decided to try and use CS6 as it was intended with the dashboard background encompassing the entire screen, which makes you only focus on your photoshop canvases. This seems to have fix the keyboard problem so far. Will report if anything comes up.

Since installing CS6, I've been working with the dashboard bkg as the entire screen. The only floating palette I have been using is the Kuler extension (for maybe two weeks max) simply because I can't find a satisfactory place to anchor it (I'm kind of a neat freak). I'll try anchoring that palette, and see if that helps.

Most of the time, the apps running in my background are Suitcase Fusion 4 (always), Bridge, Quark 9, and sometimes Safari, iTunes, and a Prynergy workflow system.

It looks like it's been 7 months since this topic was originally opened. I've had CS6 for about 2 months now, and just noticed in the last week this same issue was happening to me. Incredibly frustrating as I cannot understand why a seemingly BASIC function of a computer just up and quits working. The arrow keys no longer work within a text area and neither does the delete key. I'm also noticing the font size isn't matching up either (this could be a separate issue), but occasionally an 18pt font (visually) will show that it's a 3pt font (no idea what is going on there).

Has anybody figured this out? The only thing I can do is restart Photoshop to make it stop, but it always pops back up. I've tried closing Chrome, Illustrator, Dreamweaver and other software but honestly WHY should I have to close these other programs down in order for the text tool to operate correctly in a different program? It IS a massive productivity killer (because here I am wasting time looking up the issue), as small as it may seem.

So seriously Adobe... when is this going to get fixed. It is an incredibly obnoxious, workflow-breaking bug.

Don't hold your breath. They really have no reason to fix it, it's not like there's another software out there like this one..

We only got the information to reproduce it a month ago.
And as a publicly traded company, we can't tell you about future releases.

ughh. This is happening to me with Photoshop CC (Mac)

Can you click Help > System Info and let me know what version of CC you are running? I believe this problem was definitively solved in 14.1.

My Photoshop CS6 Extended is updated and this happening to me. There's no update that I can download to fix this according to Help-->Updates...

Has the root cause of this bug been determined?

Can you click Help > System Info and let me know what version of CS6 you are running? Also, are you sure that your cursor is not in another field and focus is on the type layer?

What OS are you running? Are you sure you've updated to 14.2.1? What do you do when the problem comes up? Do you have any non-standard mouse or keyboards connected? Do you have any keyboard shortcut software or a tablet installed? If so which one(s)?

I'd love to help get to the bottom of this bug once and for all...!

I have 14.2.1 on OS X 10.9.2. I get the problem just using an apple magic trackpad. I am using PopClip. They disable their stuff for adobe products and I'm not able to get it to actually fail this morning, but I'll try turning PopClip completely off when it does and see if that makes a difference.