Following the upgrade from Adobe Photoshop CC 2015 to Adobe Photoshop CC 2017, Outer Glow as Layer Style started acting strangely. Outer Glow effects applied in Photoshop 2015 are perfectly normal and are displayed as intended. But when the same file is opened in v2017, the outer glows appears highly jittery. In the original setting the jitter value is 41, the problem becomes less apparent when the jitter value is reduced down to 0 in CC 2017. 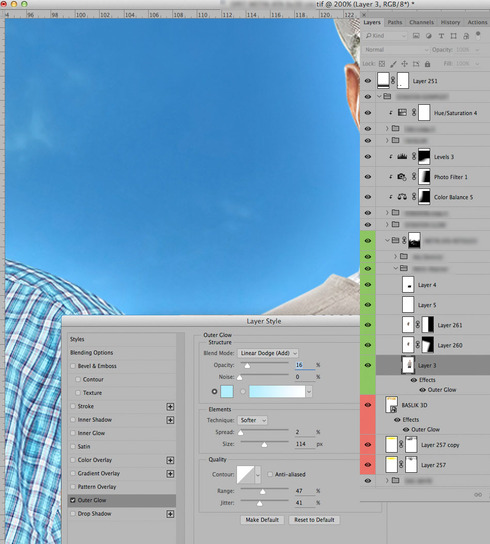 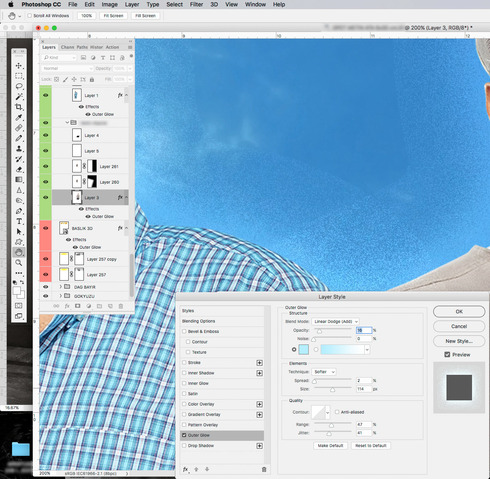 This issue should be fixed in today Photoshop CC update: https://blogs.adobe.com/photoshop/2017/10/get-the-goods-announcing-updates-to-photoshop-cc-dimension...

Hi Refik, I've asked out engineers to take a look.

Just tested here and it looks like the jitter slider is what's introducing the noise.

That is exactly the case. But the jitter slider does not cause any noise in Photoshop CC 2015.

After today's update, I can confirm that the issue is fixed.