Feature request: An option to scale effects (like Illustrator)

I've been wanting a feature that would auto-scale layer effects.  Illustrator has this toggle option so that when you scale objects it also scales stroke size, etc.  This would/could also fix a bug where if you have an inner-shadow on an object that's INSIDE a smart object and then use the Export As feature and scale the whole image down, the inner-shadow doesn't scale.  Hopefully that would be a secondary plus to this requested feature.  (I've been chatting with Adobe Care about this smart object/export as bug and they said it's unfixable).

So, you mean to something along the lines of linking to Layer > Layer Styles > Scale Layer Effects... to Free Transform?Yes, I would vote for that!  I'm always taking a best-guess. 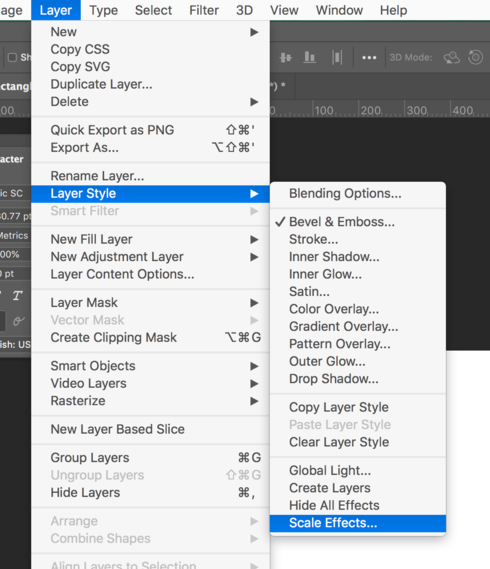 Yes, something like this but more of a check-box toggle where it would just do it automatically.  This Scale Effects option where I have to input the percentage of the scale I am about to do or just did is soooo painful and I've never used that.