Elements 15: Floating all windows not working

After the recent Windows 10 update, Float in all windows doesn't work properly.  I have all the correct option selected. 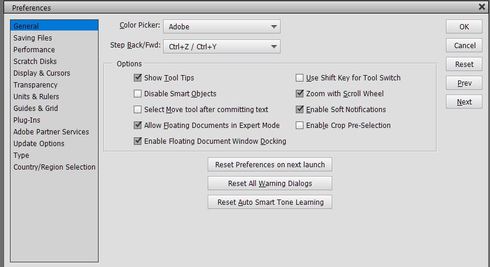 Each time I open a file, this is what happens. 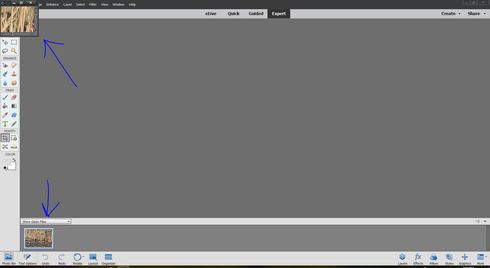 I have to select 'all floating' in the Layout, and in 'Window>images>Float in all windows, and I have to do that for each image I open.

I've uninstalled, reinstalled, clear all temp/cache/cookies, new laptop.  This just started with the Windows update which was about a week ago.

I've set, and reset the preferences, countless times.  Nothing works.

Any help would be appreciated.

Maybe I missed it or has anyone mentioned which Windows 10 update may be causing the postage stamp sized images?   Has anyone uninstalled the update for a test?

Hello, Steve.  I haven't done that, and won't bother. Although I would like this resolved, even if I could find the specific update, or took the  time to figure out which one, it wouldn't matter. I want my computer updated with whatever security patches, etc. that are released.  This is either a Microsoft , or Adobe issue, and until it's fixed, I'm using a different editing program. Sour grapes, perhaps, but it's just annoying enough that it takes away from a seamless editing flow.

Steve,
It seems that roolling back to the previous update of Windows solved the problem:
https://forums.adobe.com/thread/2493166

At this link it shows the Spring update has been messing with Adobe products, yes.  But within the replies in the blog below, shows the guy did not use the work-around but instead asked for a Microsoft in-chat to restore his system and that tech used the restore feature in Windows 10 probably by an online remote session.

There is little information of what to do in the REGedit for users to fix their own root problems and when it comes to the root of Windows, it's not a good idea to send amateurs into that area without specific instructions.

I am convinced this update is the problem, but there is not a number for the Spring update and Microsoft needs to send updates that show the name or number of the update for the user to decide to allow it to install or not.  Otherwise, the restore feature to an earlier date as show in this example is the only way out of this.   Steve.

I agree.
So, for more details about the regedit editing, there have been several detailed posts in the Elements forum. The best one for the memory issue seems to be from ssprengel (two hours ago):
https://forums.adobe.com/thread/2423579
Yes, we have to remind everybody that editing the registry is dangerous. I am like the majority of Elements users with 4 or 8GB RAM, so, I have no problem at all and don't need to fiddle with the registry.

Most users don't use the option to "open documents in floating windows in Expert mode'. Menu Edit >> preferences, general tab. So, they won't notice anything. You can always uncheck the option and work in the other Interface  choice, which allows all features. Just different ways to organize your desktop layout.
The partial workaround:
https://forums.adobe.com/thread/2490220works very well in my case, because I always open files from the organizer and most often, several files at the same time. So, after the batch of opened files has been opened and stacked in the upper left corner, the menu "window >> images >> float All in windows' opens all files in the batch in their usual windows.This issue is very new, unlike the memory one (there were already complaints with configs with big RAM months ago).I am not optimistic about a quick solution by either Microsoft or Adobe.
- Since PSE14 has not problems, that's proof that versions 15 and 2018 use different procedure calls and that Adobe could revert to the old procedures. For PSE2018, that could mean issuing an update, but that takes time. There will be no PSE15 update now.
- On the Microsoft side, there is no doubt that changes in the '1803' build have triggered the issue.I imagine there will be discussions between Adobe and Microsoft about the issue, and that always take time.

Thank you Michel, that was a good summation of this whole thing.   I'm not sure if posting this in a comment box might get to the others in this forum, but good job.

Not sure where you got the notion “most users dont use the option to open documents in flowtingnwindows.....” that is about the only way I open documents just as
I have done for some 20 yearscwith photoshop. It is a very useful feature and one need to be corrected.

I could ask the same question: where do you get the notion that 'most users use floating windows'?
As a matter of fact, only Adobe has ways to know that for sure.
You are right, I got that notion by watching all the posts about that issue both in the Elements forum:
https://forums.adobe.com/community/photoshop_elements/content?filterID=contentstatus[published]~obje...
and another forum:
http://photoshopelementsandmore.com/
It was a kind of surprise to see that complaints were much, much fewer than complaints about the memory issue. The memory issue does not hit everybody. The floating window one hits all users of PSE2018 and PSE15 who use them. I got answers that others did not use them.
On the other hand, it's not surprising  because I have often to explain the real advantages of floating windows when discussing User Interface solutions. I seem to remember that that option is not activated by default. What is obvious for former Photoshop users is not for typical Elements users.

I have always used floating windows, e.g. to enlarge and compare the quality of similar images side by side. The current glitch is driving me mad.  If you allow the windows to open postage sized and then select 'float all windows' in the layout box in the bottom bar in PSE15, they 'float' in a downward cascade and cover the panel bin, making it impossible to select the images you want to look at. The 'default' pinned layout leaves the panel bin clear, but does not allow side-by-side comparison. Would Adobe and Microsoft please prioritise issuing a solution.

Yes, I agree it's a huge problem.Since the issue does not appear with Elements 14, I have set it to be the 'external' editor for the organizer.(I have made a copy of the 'PhotoshopElementsEditor.exe' file of PSE14 in the same folder and referenced this file as the external editor).

Good idea however I think I will let Microsoft and Adobe work it out. Couldn’t do anything about it anyway and don’t want to risk destabilizing my system.

Recently, I've considered upgrading to PSE 18, but after hearing that this same problem (no floating documents and thumbnail previews) in this newest version tells me "Oh Hell No".
Why would I pay good money just to be saddled with the same 'issues' that both Adobe and Windows seem oblivious (or uncaring) to rectify?

I got so fed up with the 'tiny thumbnails' problem that I have actually downgraded. I uninstalled PSE15. My most recent earlier version was PSE11, so I have upgraded that to PSE14 which still works perfectly. My sanity is restored, but I deeply resent having to spend good money on an earlier software version. I am astonished that two enormous tech companies seen unwilling or unable to resolve this issue. Not exactly a shining example of customer service!

It took me a while to realise this wasn't something I'd done!  It is exceedingly frustrating - I like images to open consolidated to tabs but then I want to drag them to float in windows - unfortunately the only way to make that happen is to disable floating/dragging altogether in the preferences so you can't do it at all.  it wouldn't be so bad if it wasn't just a teeny square up there top left, covering the controls.  Pity there isn't a preference option to choose how images open instead of it being left to some corrupted default feature...

I just tried keeping the Ctrl key pressed while opening a file:  it opens in a regular floating window most of the time. Best workaround for me.

It does also work when opening from the organizer (even a batch of photos) or when dragging files. Keep Ctrl pressed until everything is open.

Thanks for the suggestion. Great workaround...... Using the CTRL key while dragging multiple files into Elements 15 solved the problem for me.

Thanks Michel. It got to be such a 'pain' working w/out floating windows that I tried your Ctrl key workaround. I've got my Floating Windows back!!!!
Is it the right way to do it?........No. Does it work?......Yes.
Now I've got a decision to make. I'm thinking of getting Photoshop CC in lieu of my present PSE15. I'm just 'concerned' that I'm going to be once again forced to use a backdoor-type shortcut to load my files, instead of the way the program was optimally designed.

Right click on the elements shortcuts and choose Run as Administrator. Click yes when the box comes up. All will work normal again. This is the only way I can get round this problem.

I was looking for that answer and advice for the last hour, thnx mate

Can anybody tell me whether the 'thumbnail' problem has been solved in PSE2019 with the latest Windows 10 Version 1809.  I would like to upgrade, but I don't want to do so unless the issue has been resolved.  (I reverted to PSE14 from PSE15 to solve the issue and am still using it, but would prefer a more up-to-date PSE version).  Many thanks.  Jane Bain

Yes, the issue is solved in PSE2019. My suggestion: download the trial version (free for 30 days). Note that the system requirements now recommend at least 8GB of RAM.