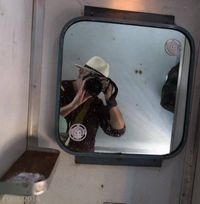 this new version seems to be meant for amateurs

i am absolutely shocked and dismayed by this amateur version of LR. it doesn't even allow you to import yor catalogue, and I cn find none of my pics through slugwords etc. if it wasnT october I would suggest it's an April' Fools joke, but not funny at all. so I shall have to stick to the old version and look for an Alternative (affinity???) shame on Adobe

Is this in beta still, it seems like it is half finished. This could not be a product for actual photographers it must be for the public with mobile phones.

It sounds like you need Lightroom Classic, rather than Lightroom CC. Lightroom CC is a version 1 product, which doesn't have anywhere close to the full Lightroom featureset yet.

Victoria, Victoria, Victoria.....CC is the mobile app so why not just work on the real mobile app to make it better and not force users to got Photoshop Fix, Photoshop Mix for additional features.  Why in LR Mobile, penalize folks by breakiing the features if you don't sign up for the creative cloud.  Greedy Adobe. Greddy Stockholders.   I have been a subscriber if only to sync back and forth to Lightroom (now classic) but you know it is just becoming to damned messy to work with Adobe.  But you are a "champion" so I do not expect anything less than your total support for Adobe. Good luck with that.

> CC is the mobile app

Lightroom CC is now an ecosystem of apps for Windows, Mac, iOS, Android and tVOS.

Yes, they are continuing to work on making the mobile app better. It's developed by a different team to those developing the Windows/Mac version.

> Why in LR Mobile, penalize folks by breakiing the features if you don't sign up for the creative cloud

Some advanced LR mobile features are indeed for subscribers only. Everyone deserves to get paid for their work, right? They've given a lot of the features away for free, which they didn't have to do.

No, I call them out when I think it'll make a difference, regardless of my champion badge. For example, I openly said the import dialog in 6.2 was a disaster. And in my recent blog posts, I've warned against immediately upgrading to Classic without first testing. And I've very openly said on recent blog posts that they've caused a load of confusion with all these changes.

But that's not the point, is it. I can't change the decisions made by the CEO, and I'm not even going to try to defend those decisions, but I can help confused users figure out what on earth they're doing now.

Thanks for your reply. I have lightroom Classic, but  why did they bother releasing this version? Usually when companies bring out a new version of a product it is because they have made some improved version. What was the point in this release if that was the best they could come up with in 2017? Having lightroom classic and then to see this is shocking it is like they have gone back about ten years.  It is a complete change of interface. While there is nothing wrong with that why bother using it as it is only half a program. Is that version meant for home users or something?

Maybe they want to target a different audience, that finds Lightroom Classic too intimidating and wants easy sync between all their devices.

Yep, I’m an Amateur (using mainly DSLR) and don’t need something as complex as Classic and external hard drives. etc. So LrCC is great for some of us.

Different markets that can cross over.

Forgive me, I thought as other had that it was a brand new 2017 replacement, an upgrade to Classic. I hope you enjoy using it. Maybe it should be called Lightroom 2017 lite or something.

I think, somebody at Adobes must have suffered a complete blackout!

I agree. I think they lost touch with reality completely. Amateurs don't need Adobe, they have Apple Photos.

And because Apple has Photos it's inappropriate for Adobe to try to compete with that?

Problem is that it is nowhere as featured as Apple Photos.  If you are going to compete then do something better not less.  Adobe lost touch with "better" a long time ago.

An Amateur photographer might just be better off using Apple Photos at this point. Integration and syncing with cloud is so much better.

How is Lightroom CC version 1.0 ? They've had it on the mobile for years. Yet, the half baked nature of what had just transpired is infuriating.

My prediction is that what they now call "Lightroom Classic" will be deprecated and go the way of Apple Aperture.

After Adobe Revel (Cloud Storage ecosystem) closed I tried Apple Photos. Thought it was awful, especially from a sharing point of view. Also the Photos app in iOS is a mess with too much going on.

Whilst a lot more expensive unfortunately, the LrCC ecosystem is for me a better designed, more capable and more straightforward option.

Are other people not allowed different opinions to yours now EP Stern?

before the appearance of thos two new programmes I really believend that there was no alternative to LR and/or PS. Now I have to think againe....