For the past year or so I've seen a really annoying bug in Lightroom which as far as I can tell nobody else has reported. I have seen two manifestations what I think are the same issue, where a user interface element is loaded underneath one that is supposed to be lower in the z-index. See screenshots below.The first is on the keyword suggestion dropdown list, which as you can see in the screenshot is very faint, but if you type far enough you can see that the full opacity panel starts to show up outside the tool area to the right. It is clearly loading the menu under the tool panel, when it should be above it. This manifestation of the problem is common for me, but somewhat intermittent and often goes away when restarting Lightroom.The second is much more insidious, and happens consistently for me. Whenever I press the Import button, the import modal dialog loads underneath all the other panels except the currently displayed photo, so I typically see a cropped selection of photos available to import but no buttons to interact with the import because they are hidden under the library, tool and filmstrip panels. The screenshot shows where the "Copy as DNG" tab at the top of the import dialog is obscured by the normal Lightroom top menu bar. The only way I have found to clear this version of the bug is to switch out of full screen mode and back to it again, which I have to do on every import.Has anyone else seen this behaviour? 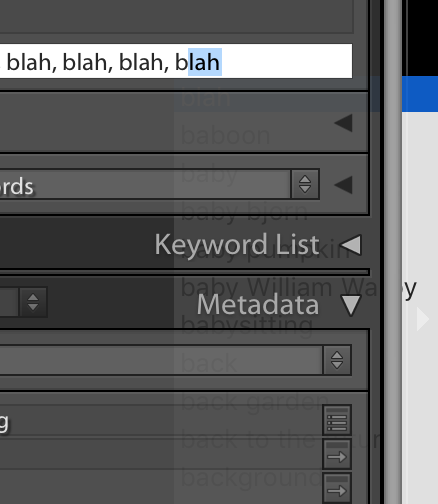 Can we get your operating system and LR version please? I don't remember seeing any other reports either.

Sure, currently this is on macOS 10.14.3 and Lightroom Classic 8.1 but I've had the problem for about a year now and been a bit lazy about reporting it.