My library is currently migrating to the cloud and uploading about 65k images a little less than 1 TB.

It has already uploaded about half the images and about 600GB already used. What happens now is that when I open LR CC and click on the top right cloud icon it normally shows me that window telling me how much storage I have used and below how many pictures are left to sync.

Instead after a few minutes it turns into this: 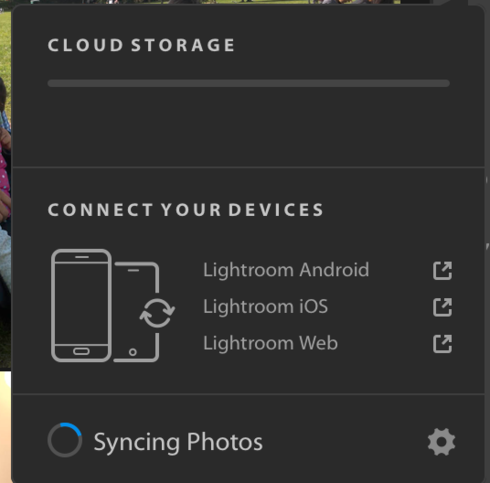 No more info and it stays this way forever until I restart LR CC and then after a few minutes it is like this again.

It appears that in this state it actually does not upload anything anymore. At least I let it run like this over night and after restarting the app in the morning there was no progress as to uploaded images.

So it looks like it is stalling all the time

It is just so friggin annoying, especially since also the migration crashes with an unintelligible error message.

Feel like a guinea pig and a beta tester at best. I start to grow increasingly mad at Adobe for releasing such a buggy piece of software.

Totally agree, this software is not fit for release!

For me it's a mixed experience!
Sometimes it's running really smooth and then it's having hick-ups more often.

Hi Hannes,
Would you be willing to provide a full diagnostic report so our engineers can look deeper into this?
If so, follow these steps:
Thanks!

i would really appreciate help with the same issue.  I stupidly thought I could seamlessly switch over to the Lightroom CC and migrate my 44k photo catalog without issue. I started the migration the day after the new release was launched and after CONTINUOUS syncing, I still have 38k remaining that are still syncing! Beyond frustrated at this point.

i didn't get the "show in finder" option, just show in explorer, which i did. i extracted the zip files but was never given an option to share a link when i right click. Is there an email address i could send the files too?