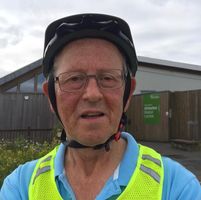 Lightroom CC  is unusable in its current form. Despite  patience on my part, I am greatly frustrated by the spinning circle and frozen screen that appears either at start-up or within a few minutes of start-up. I have a near 1TB of data that I am synching to the cloud, but progress is painfully slow, a few photos after a restart perhaps before the dreaded freeze.The only diagnostics of note is the CPU running at 100% +, my normally quiet and cool Mac Pro is anything but and network traffic is 1 or 2 packet a second (possibly not even lightroom packets). It looks like the culprit is the Adobe lightroom CC helper process. Any thoughts or suggestions?

The more I read messages on Photoshop Family, the more I am convinced that there must be a bottleneck concerning cloud solution.
I must say that from the beginning, for different reasons, I am not convinced by the Cloud. Therefore I am not using it. AND I have no troubles regarding the use of Lr Classic CC

1 TB uploading to cloud is not real... What are we talking about? ONE TB???? if you don't have professional huge upload speeds I would not even try this. I think syncing works if you have small batches. Trying to upload 1tb in one chunk is not a feasable reality...

Hi Catherine,
Funny, I used to think 1 GB was huge at one time! But seriously, my LR catalog holds 60,000 images, most of then full frame raw files, going back to 2002. When the new CC (2017) came out I purchased the 1TB option as I knew I would need that amount of space to migrate my full catalog. Now, Adobe state that you can only migrate a catalog once. Breaking my catalog up into smaller chunks was my initial plan, dictated by a lack of free disk space to export it in one piece. That turned out to be a logistical nightmare, so I bit the bullet and bought an additional 2TB hard drive, exported my catalog intact to the new disk and the synch started automatically from there. Now, about two thirds of the way in, I've hit a roadblock that seems to be a file transfer bottleneck. I'm thinking that the Adobe servers are being hammered by huge amounts of data and just don't have the bandwidth to handle it all. I may add that Adobe have been silent on the issue and with no recommendations on how to migrate large catalogs to the cloud.
Now, looking at the folder that LR is attempting to synch, there is no indication of what files have already been synched, so no possibility of spitting the process now - nor do ! have any clear ideas on how to resolve the issue.
Finally, regarding fast internet connections, I have a connection fast enough to stream TV programs in real time. Before this problem surfaced the synch was ticking along at 2-3 MB/s, which was slow but okay. This issue now is not the speed, rather it is the frozen app that requires a restart every few minutes but with no overall progress.
Regards ...

I hear you Alastair, and I am not saying that you are wrong. I think that the present upload speeds are not geared towards uploading big chunks. If this were a real life cable transfer you would advance quicker. I blame it on internet providers that often limit and cap heavy users. I think that Adobe is not being realistic in creating expectations that we can start syncing terrabytes... at least not in one go. Wireless has limits and we are bumping against them. Uploading is by default slower than down. Cloud apps and storage need to tackle this problem.

Hi Rick,
Thanks for the reply. I tried your suggestion a few days ago, and was able to see the upload progressing, albeit slowly. Whereas I had started with 60K of photos, it was down to about 14K when the freezing up started in earnest. When I tried again tonight there is no movement in the file count. Using the Activity monitor (I'm on a mac pro with 16GB ram), I can see a burst of network activity (2-3 Mb/s) for about three minutes, then nothing at all.
I've checked free disc space, plenty available. Any other suggestions?
Regards ... Alastair

Would you mind sending me a diagnostic log? I will send you an email you can reply to.

Do these steps while it is in "frozen" state
I will have someone look into it for you.

Also, Alastair, If you could provide your system specs and steps to reproduce this issue that would be great!