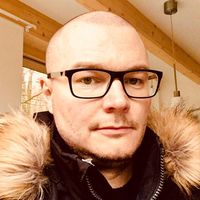 Been using Lightroom from version 3. Now wanted to finally upgrade from my version 5, read the documentation about the cloud and stuff and decided to try the 20GB version including Photoshop for $9.99, try it for a month or so and probably go higher.

When trying to order, I was forced to a local version of Adobe's web that I had no idea that existed and never needed it (what could possibly be different on European Adobes's web?). In the end, I found out that the prices are 150%! higher if bought from Europe.

Already getting my photos to Mylio and purchased Affinity Photo. Not going to support company that thinks that I'm stupid.

I don't know which European country you come from, but in my country (Netherlands) the photography plan is 12.09 euro, including 21% VAT. That's about the same as $9.99 without taxes. A bit more at the current rate of the dollar, but that fluctuates obviously.

The numbers look minimal when looking at a single month of course but it's for years.

But I found surprisingly excellent alternatives to Adobe due to these silly prices. Quite excited about them...

Goodbye and good luck with those other programs. I have tried a number and always return to LR and PS.