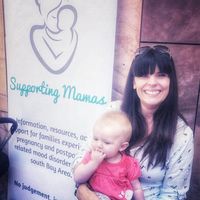 I recently purchased the LR CC app and was having some difficultly syncing between the online app and my ancient LR 5 catalog. So on the advice of someone here, I upgraded to the trial version of LR 8 in order to do the sync. It's started syncing finally, but it's only syncing around 4000 of 24,000 photos. How do I ascertain which 4000 it's chosen and how can I get the rest synced? I've clearly done something wrong in the early stages, but I have no idea what or how to rectify it. Thanks!

Hi Cheryl, go to lightroom.adobe.com where you can see the images that are already synced. Please send us the Diagnostic log for further analysis. Thanks Suhas

Bear in mind that Lightroom Classic 8 (and earlier versions before it) only sync specific photos. Those are photos that you've dragged to the All Synced Photographs collection in the Catalog panel, or those in collections that you've marked to sync.You said you've purchased the LRCC app, so what are you trying to accomplish? Are you wanting to move your photos into LR CC? Or carry on using LR8 once it's synced? Or what?