Photos show banding when viewed in the cloud, but not in Lightroom Classic

Discussion at community.adobe.com seems to indicate this is a bug

I have photos that do not appear to show banding in the sky at the top left, when I look at them in Lightroom Classic. Example:

Then, I share the photos to the cloud, by creating a Collection in Lightroom Classic, and then clicking on the box to the left of the Collection name. You can take a look at https://adobe.ly/31fgE4H but here is the corresponding photo seen in Microsoft Edge in the cloud, and the banding appears at the top left.

How do I prevent the banding when viewed in the cloud, using Lightroom Classic?

yes, but it is my understanding that it is not supposed to look like that, since I am starting from a RAW ... so why am I getting this appearance?

I think you've posted this in the wrong forum....this isn't a "cloud" issue at all, it's actually a consequence of LR Classic using smart previews when syncing to the cloud.

I downloaded your original DNG, imported it into Classic and there I generated a smart preview. I then imported that smart preview back into the same Classic catalog and could immediately see a small amount of banding. I then applied your edits to the smart preview, and that made the banding even more noticeable. I've attached a couple of screenshots taken in Develop module, this first one shows the unedited SP, hopefully you make just about see that there is some banding present: 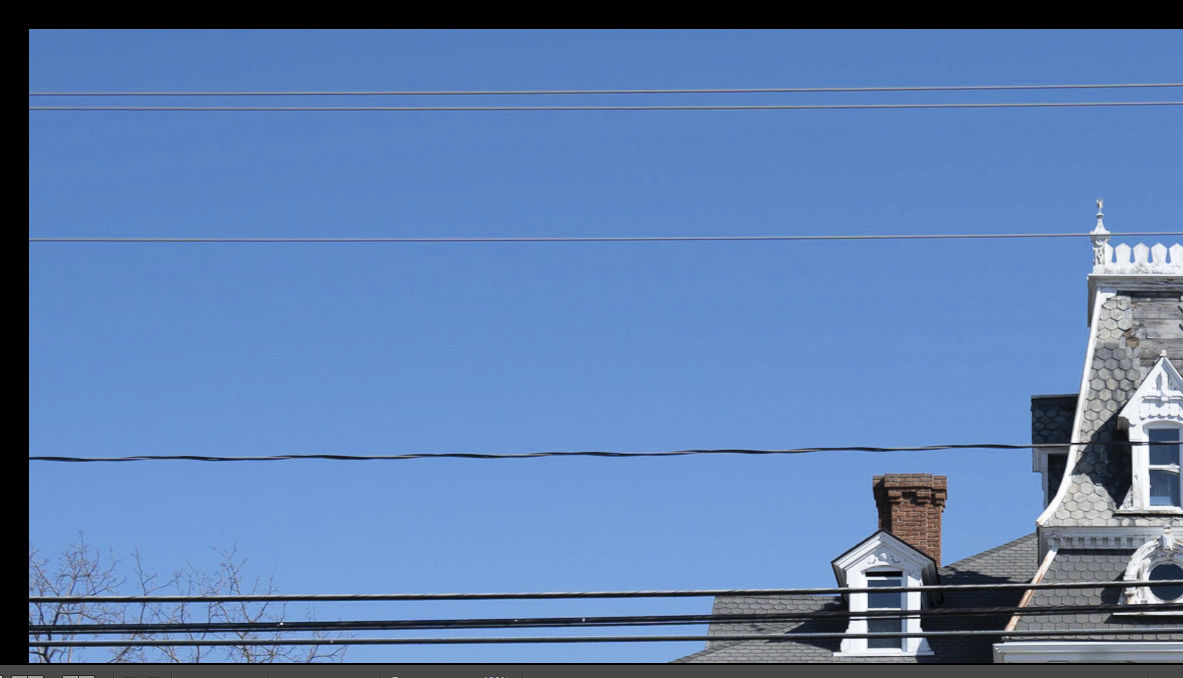 This next screenshot was taken after I copied the edits from the original DNG, i.e. this is the view that you should expect to see when viewing the shared album online: 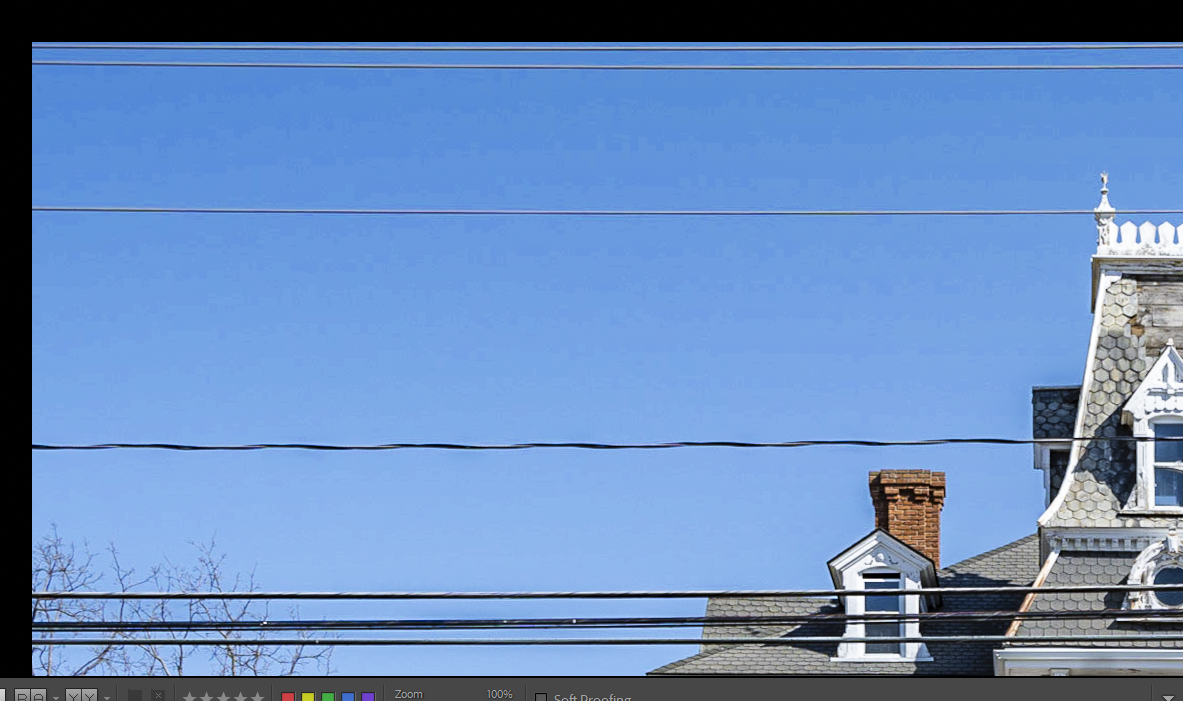 Is this a bug? I don't know, it just may be the consequential trade-off from using smart previews. It clearly doesn't happen on most images, but obviously can happen with a certain combination of image content and applied edits .

On reflection, it should be possible to see this "problem" in your own catalog without having to find the smart preview and import it. Instead, select the image in Library, and check under the Histogram to see if a smart preview already exists (i.e. it shows Original + Smart Preview), but if it shows Original only then build a smart preview of just that one image. Once that's done, edit Preferences>Performance tab to check the option to "Use Smart Previews instead of Originals for image editing". Once that's done, and after ensuring that the image is displayed in Fit view, not 100%, switch to the Develop module and you should see the banding.

Yes, Paige, I agree this does nothing for resolving the issue. I was just trying to explain where the issue lies, i.e. making the point that it's not a cloud syncing issue at all, rather it's a consequence of the smart preview generation with that particular image. I'm obviously not an Adobe engineer, so I can't say if a better job can be made when creating that SP. Clearly it's not a widespread issue, but I'd be surprised if it was the only instance, so having a response from the team would be very helpful.

As to why you would create albums to share via LrWeb rather than Flickr, well that's a decision only you can make. Personally I love the ease of sharing by LrWeb, mainly for the fact that I don't have to generate jpeg exports and then having to keep doing that if I make further changes (I stopped using Flickr as soon as LrWeb was launched and haven't used it since). As I have all my originals in the cloud, I'm never likely to run into this particular issue, but if I was only sharing from Classic, thus based on SPs instead of originals, I'd still probably carry on using LrWeb and deal with the odd banding issues as they occur (probably by generating jpegs in Classic for the problem images and importing them directly into LrWeb, then adding them to the shared album in place of the defective image that was based on the SP). But that might well change if I was getting a lot of these issues.

Sorry I can't be more helpful. I've had a quick look at editing that image in a way that eliminates the banding, but I don't think my skills are good enough. Maybe Todd can figure it out.

This banding occurs with Library's standard previews too.  As I wrote in the original thread, when I import the sample DNG into my LR Classic with Build Previews: Standard (Preview Quality: High, 1440 pixels), I see the banding in Library Loupe with Fit zoom.  If I force a 1:1 preview to be built by zooming to 100% or doing Library > Previews > Build 1:1 Previews, the banding goes away.  This suggests that the smart previews synced with LR Cloud is sharing the same inferior preview-building code with Library previews."

I see this banding on my Eizo display but not my Macbook Pro screen.

Also, if I export the photo as a JPEG at long-edge = 1440 pixels, the exported JPEG doesn't exhibit the banding.