Lightroom: How do I get my photos to look like this?

I think I have tried everything but still can’t edit my photos to look any similar to these:
https://www.instagram.com/p/BxhFwRvDdT2/
https://www.instagram.com/p/BzV3b7uJqRM/
I would even purchase a preset but so far every preset that I have tried doesn’t look anything close to these on my photos. Please help, what’s the secret? I have seen many people achieving this kind of looks.

Buy a Fuji Camera and use Velvia film simulation :-)

Get the Nik Collection ($99) of plug-ins and run it through Color Effects Pro (after installing them). In the Library module select an image, go to Photo menu and select Edit In.../Color Effects Pro. Try different filters (left side) and settings (right side).

Peter was kidding, any camera will do! 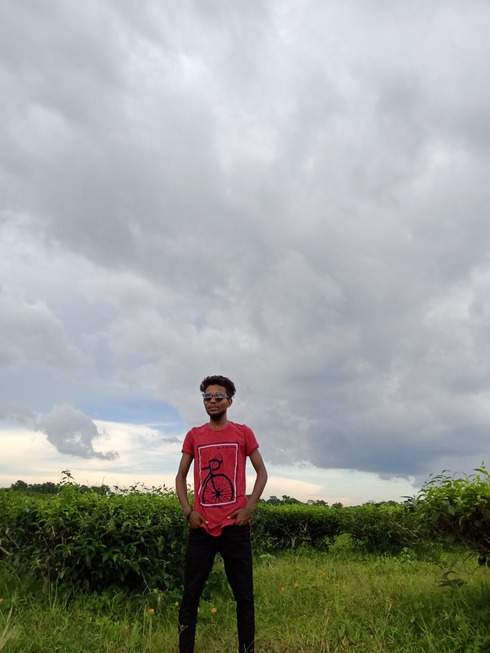 Hi marand,Hard to tell what you mean without having one of your shots to compare with.  But we can talk about this in two dimensions.  First is what can be done while taking the shot and the second is what to do in LR or Photoshop afterward.  Even though your question seems to be related to post processing starting with a good image from the camera is as important and in most cases more important to getting the look you want than what you do with the image afterwards.  So I'll address both, including some ideas on how to make these sample images better.Several factors are involved.  Firs of all photos such as those you provided were not shot in 10 seconds with no consideration of camera settings.  Some care may have gone into the selection of location, working with the model on pose, etc.    Pay special attention to backgrounds and foregrounds.  Everything in the image should in some way help tell the story, provide context, show scale, indicate location or environment.  Things in the image that don't do any of those things should be somehow eliminated (remove object, change camera angle so not in shot) or diminished in the photo afterwards (dimmed, blurred, etc).  Posing a model is a skill.  Pose needs to seem natural, but relaxed even if it is awkward for the model.Pay attention to camera settings.  Will your aperture give you the desired depth of field?  Is the Shutter speed fast enough to hand hold given the lens and focal length you are using?  Is the white balance set correctly for the light.  If shooting Jpg, did you pic an appropriate Picture Style, etc.  Is the camera focused on the correct thing (eyes of the model).    Employ rules of composition.  For example, in restaurant shot eyes of the model are at the intersection of a vertical and horizontal 1/3 line (rule of thirds).  There is also layering:  we have foreground (table setting),  mid ground (girl), and background (buildings and sea). But, In that same shot, I'd like to see just a tad more space on the left between the edge of the image and the models elbow.It also appears like some "created" (as opposed to "found") lighting was used on the seaside shot such as fill flash or more perhaps a reflector to tame the contrast and dynamic range.  In the restaurant photo the light is coming from high, to camera right and a bit behind the subject.  You can tell by looking at the shadow of the bowl in the middle and where sun is hitting her face.  So, I would guess shot near mid day.  In order to get the face on our left (her right) to not be in deep shadow some "extra" light was probably added from the front, probably from camera left.  Perhaps a reflector with care given to not have that light source present in the reflection in the sun glasses.In terms of post processing, first of all shoot RAW,  In the worst case a RAW image has over 4,000 times the color accuracy and data availability compared to Jpg.  In Photoshop or Lightroom,  bring up the contrast, clarity, and vibrance a bit (maybe values in LR in the mid to high teens).  Don't touch Saturation when people are in the shot.  Set Black and White points so brightest thing (highlight on near glass in restaurant photo) is just shy of clipping and darkest thing (something on the wall in upper right) is just shy of being totally blocked up.  Use texture slider to sharpen, but not to much.  perhaps some sharpening was used (hard to tell).  You can also use a tool like Portrait Pro to smooth skin, brighten eyes and teeth or you can brighten them in LR with the adjustment brush.The sidewalk shot was not staged or composed quite as well.  For example, tree growing out of her head. This one may not have had any enhanced lighting.  This one may not have had any enhanced lighting and if it didn't, they probably increased the shadows slider (or used curves to brighten the shadows).  The sky is still too bright, but not totally blown out so toning it down should be tried.  Also the turquoise color in the sky doesn't seem natural and should be adjusted - perhaps paint on some white balance.  But the same things as in the prior paragraph may have been used.  Hope that helps.Get a "right out of the camera" image you took to me and I'll take a look.  For example put the image file in Drop Box, or attaching to a post in this forum, or upload it to the free "wetransfer.com" and give us the link.  Don't put it someplace that will downscale it (i.e. social media)

Since you say "edit" I assume you mean post-shoot adjustment inside LR. You really don't need a preset to achieve the "look" in the linked images. Try using the Adobe Vivid camera profile and add the Clarity slider to your settings. For adjusting the other Basic panel control settings you can use the following tutorial I created, which should be helpful.Tone Control Adjustment Procedure

Meanwhile I have viewed a lot of Sanda Krastas pictures and all look like snap shots with an always happy nice lady. She loves to wear colorful clothes and make fun in front of the camera. That happy feeling is visible in almost all pictures and is supported by a colorful post processing but for me the feeling is the key and if you can „reproduce“ it, then you have it.

PS: This colorful post processing is still a secret and I am very interested to know how to do it. Perhaps Pavel Kaplun or Miho Birimisa can help, because they are photography trainers and artists. :-)

can you provide a sample of one of your photos that we can play with in LR to get the look you want?

Look at my website  www.danhartfordphot.com  all my images were adjusted using LR Classic.  If I am showing the "look" you like, and I have an image of yours to play with I can let you know what I'd do in LR to get your image to have that look.