Lightroom Classic: Why does my "ó" keep turning into a plain "o" in the book module?

What's going on here? How can I stop it? (I don't think Ms. Thorsteindóttir is amenable to changing the spelling of her name.)

I am not using lightroom, or lightroom classic, but problems with fonts occur also in other Adobe products, such as InDesign and PhotoShop.What puzzles me here is that it appears possible to enter the correct character, ”ó”, and to display it correctly, as long as the document was not saved and reopened. To me, it indicates the font used to store characters in the document is not the same used to enter characters, and to display them, or simply, the document font does not have any representation for character ”ó”, and replaces it with the nearest matching character. In InDesign, a missing character font will immediately be noticed by an incorrect display of the character, until a correct font has been found to represent it.Character ”ó” has the Unicode value F3 (hexadecimal for the digital value 243), while a plain “o” has the hexadecimal value 6F, or decimal value 111. Is there a way to choose document font in Lightroom, which solves this problem? These two lines:Thorsteinsdóttir[ó|o]-----------óobeing displayed in a hexadecimal editor will look like (see picture insert below!).

with the three instances of character ”ó” having a yellow background. Plain “o” is 6F. Both characters and much more are found e.g. in the Unicode table at link:

Most named fonts contain only a limited range of Unicode characters. Finding a font for some odd characters, although defined by Unicode, can be quite tricky. There is, for instance, no font available among Adobe font families to express Gothic language script (the ancient dead language) characters. Adobe font support came up with a link to:

where you can find free fonts for most languages. These fonts can be downloaded and installed to be used by all standard apps, including, I suppose, all Adobe products. Of course, the artistic scope of these fonts cannot be expected to be wide, but will help out in displaying odd characters instead of empty boxes.

I would appreciate a better way to find the font I need, or want to use, than having to browse font families or knowing their names. The majority, if not all fonts, have a range in the Unicode table. Searching for matching fonts should be possible, using any of the following search criteria:

·         Topic, in case not to express language script, mathematics for instance.

Sample text scanning is provided by Adobe, but is not yet working well.

In what file format did you save the book to? PDF? A screenshot would be helpful.

I may need your help in answering your question. I do not, as far as I know, have the book stored outside Lightroom. I assume Lightroom creates a PDF to send to Blurb, but have no idea where that would be stored on my machine. All I ever do is to open the book within the Lightroom book module; I never open a separate PDF. When I make my corrections, I just have Lightroom generate another file to send to Blurb.

In the "Book Settings" panel on the top right, you can set to publish to "Blurb Photo Book" or PDF or JPG from the popup menu. Try publish to PDF or JPG, does the character change unexpectedly?

"four out of the seventeen 'Thorsteinsdóttir's I had inventoried had reverted to 'Thorsteinsdottir.'"Perhaps your text uses two different ways of encoding the accented "o". Unicode has the Latin Small Letter O With Acute:ó LATIN SMALL LETTER O WITH ACUTE; Unicode: U+00F3, UTF-8: C3 B3But Unicode also allows the Latin Small Letter O to be followed by the Combining Acute Accent:o LATIN SMALL LETTER O; Unicode: U+006F, UTF-8: 6F́ COMBINING ACUTE ACCENT Unicode: U+0301, UTF-8: CC 81I did a quick test with captions in the Book module in LR 8.2.1 / Mac OS 10.14.3, and the Combining Acute Accent is silently dropped: https://www.dropbox.com/s/lbg1d6ctqk0eqh4/book-module-with-accents.2019.04.22.mov?dl=0So try using Latin Small Letter O With Acute throughout -- is that preserved?I had no idea there were two different ways to encode an accented character until recently -- LR seems to have problems with it in other parts of the application:https://feedback.photoshop.com/photoshop_family/topics/why-does-my-o-keep-turning-into-a-plain-o-in-the-book-modulehttps://feedback.photoshop.com/photoshop_family/topics/synchronise-folder-creates-duplicates-when-non-latin-letters-are-used?topic-reply-list%5Bsettings%5D%5Bfilter_by%5D=all&topic-reply-list%5Bsettings%5D%5Breply_id%5D=20002949#reply_20002949

Ok; this sounds promising. I'm not quite at your level of sophistication, though. How do I make sure I'm using the Latin small letter o with acute, rather than the combining accent acute? The only way I know to form the character is to type and hold the lower case "o," then, while still holding it, type "4" to select from the pop-up menu that appears on my Mac. I'm assuming that creates the "combining accent acute"? Is there some way of explicitly entering the Unicode for the other? I'm out of my depth here.

"The only way I know to form the character is to type and hold the lower case "o," then, while still holding it, type "4" to select from the pop-up menu that appears on my Mac."
That method inserts a Latin Small Letter O With Acute, and I just discovered that method is buggy:

Barry, you can enter a Latin Small Letter O With Acute by using the Mac's Input menu.  See here for details:https://www.macworld.com/article/3339716/how-to-find-and-insert-special-characters-in-macos.html

Very cool! I for sure never would have figured that out. Thank you.

The localization team verified both on Win and Mac OS with 0422 build(201904221528-39a5fe6e), but cannot reproduce it: 1.     We copied the name “Thorsteinsdóttir” when created saved Book as the input name in the Save dialog, then went to other module or close Lightroom. After restarted,  the name "horsteinsdóttir” was unchanged.(Displayed well)

2.     We tried French, German and Italian characters with accent in the saved Book dialog, and closed the Lightroom. After Lightroom restarted, the Book name displayed as it was.

"1.     We copied the name “Thorsteinsdóttir” when created saved Book as the input name in the Save dialog, then went to other module or close Lightroom. After restarted,  the name "horsteinsdóttir” was unchanged.(Displayed well)2.     We tried French, German and Italian characters with accent in the saved Book dialog, and closed the Lightroom. After Lightroom restarted, the Book name displayed as it was."Rose, as I explained above and showed in the video, Unicode provides two representations of an accented "o" -- 1) the Small Letter O With Acute, and 2) the Small Letter O followed by a second character, Combining Acute Accent.  It's the second representation that the Mac LR Book module displays incorrectly.  Here's a step-by-step recipe to reproduce:1. Start a new book.2. Go to a photo page and click Add Page Text.3. Copy the two lines from this file: https://www.dropbox.com/s/j8lz34q7alyvdys/accented-os.2019.04.23.txt?dl=0

4. Paste those two lines into the Add Page Text box.  On Mac, the result looks like:

Following the steps, we reproduced the problem.  A bug LRD-4200975 has been reported to Lightroom development team.

I'm using Lightroom Classic to create a photobook. I tried to add some description in Korean, but could not type Korean correctly. Korean letters are consist of the combination of a few letters. But the typed letter could not be combined properly. When I copied Korea text from another application and pasted into text box in Book module, it worked. So, I guess typing related module only in Book module has problem.

Does anyone resolve this issue by any solution?? 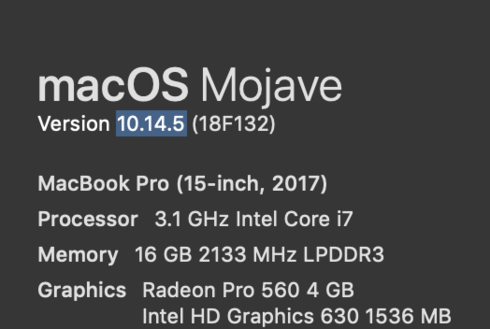 "Korean letters are consist of the combination of a few letters."This probably has the same underlying cause as the first problem reported in this topic, the inability to enter the Small Letter O followed by a second character, Combining Acute Accent.  In both cases, the Book module doesn't properly handle Unicode characters formed by combining multiple characters.