LrC 10.2 is consuming memory at an alarming rate when Tethered Live Shooting is activated for Nikon cameras on Windows 10. It looks very much like a memory leak of huge proportions.

This problem is considerably worse for some Nikon DSLR camera models than others. Initially @Steve Martin reported this problem with his newly purchased Nikon D7500.

I tested with my Nikon D750, and although there was evidence of a slow memory leak, I couldn't reproduce the severe memory leak Steve was seeing on his computer.

After trying everything from resetting preferences to reinstalling LrC and trying on a different computer, Steve tried a Nikon D90 and found it was worse than the D7500.

I have a Nikon D90 which I could use to do testing and can confirm his problem on my own Windows 10 PC computer.

Starting LrC 10.2 in Library Grid view with an empty folder selected, LrC soon settled into an idle state using the small amount of memory shown in the screen shot below taken after 5 minutes of doing nothing. 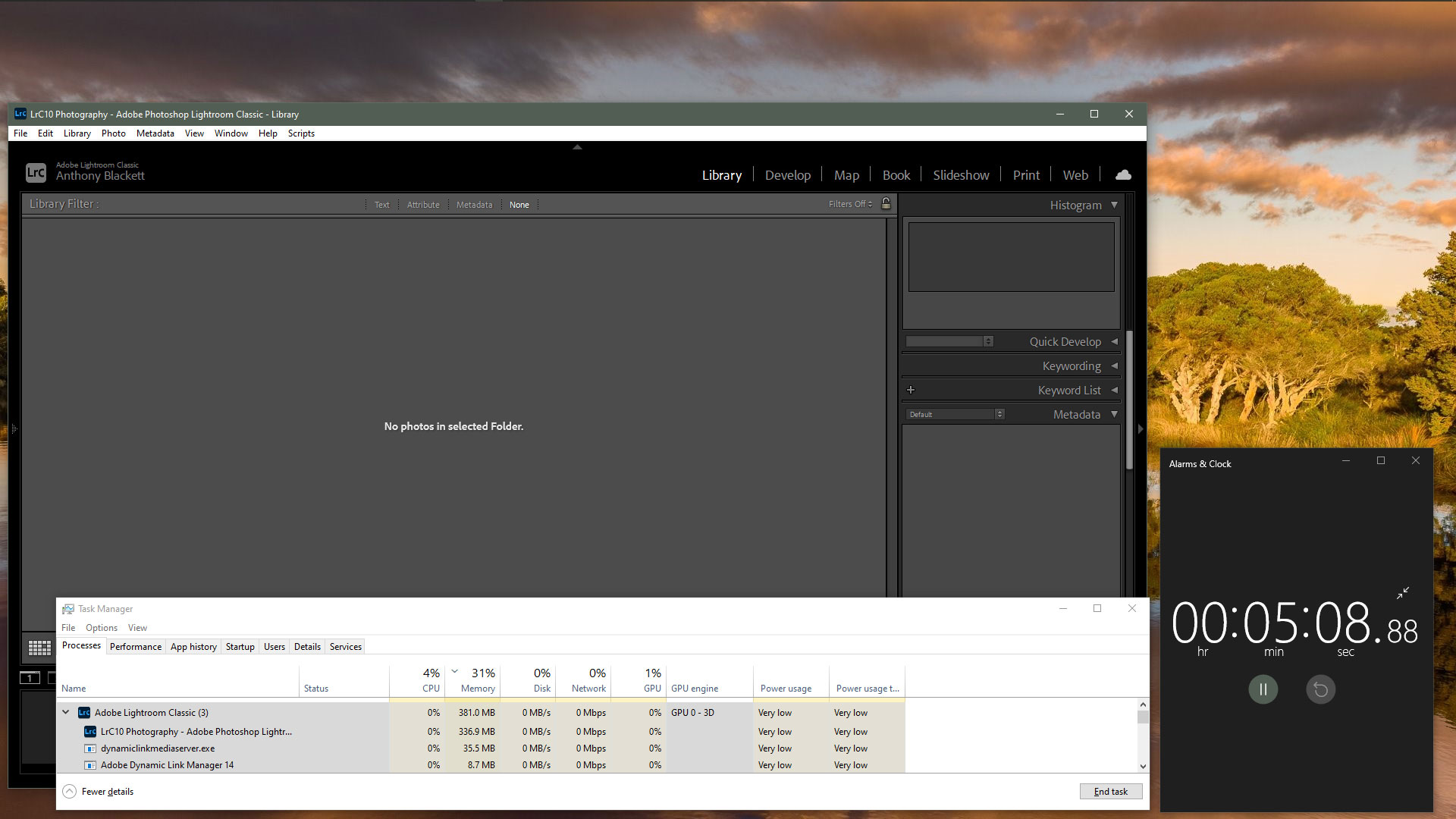 At 7 minutes of running, I activated Tethered Shooting with the Nikon D90 connected. At the 10 minute mark, memory use had increased, as shown in the screen shot below. 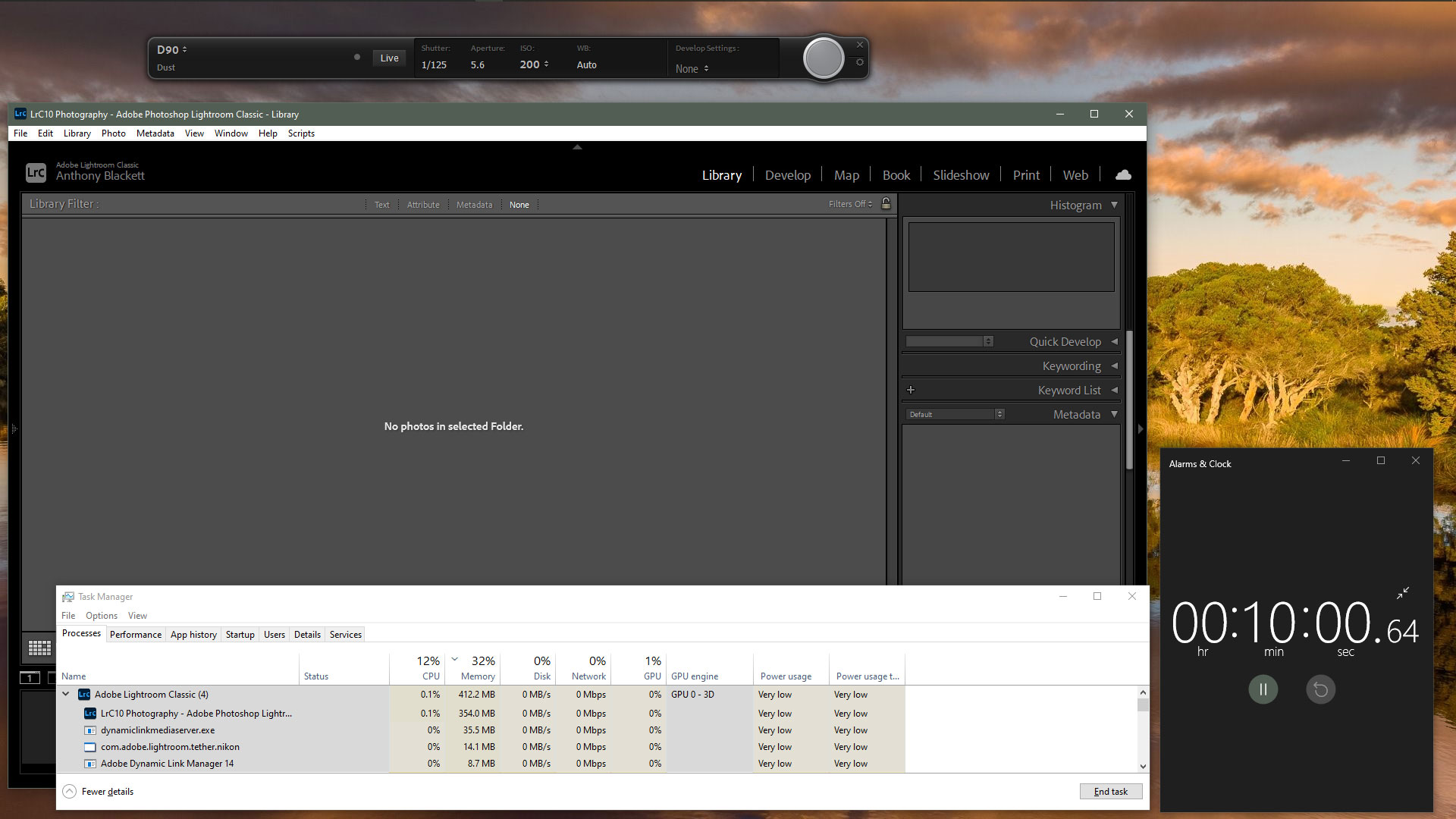 At 12 minutes, I activated Live mode as shown below, where you can see almost 200MB more memory had been taken by LrC in just 2 minutes of Live view. 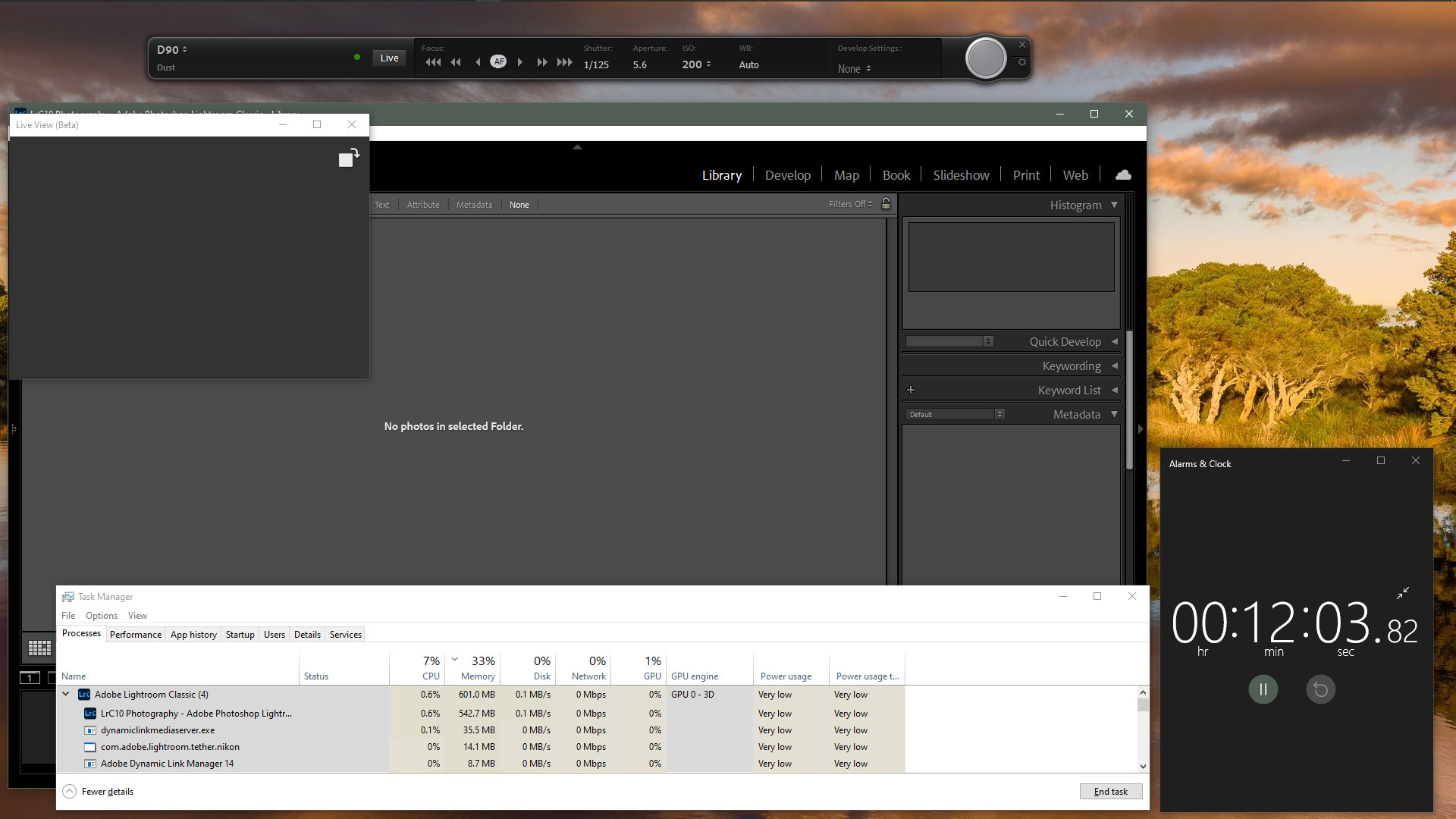 Now things get very bad. Leaving LrC in Live shooting mode while doing nothing else (no exposure settings changed, no shots taken), memory usage rapidly climbed at an astonishing rate, and after 10 minutes had passed, LrC had taken over 10.8GB.

At this point I disabled Live shooting, but left Tethered Shooting active. Memory use by LrC increased slowly and after 2 more minutes, had not changed very much.

I activated Live shooting again and immediately LrC began its relentless consumption of memory. After another 2.5 minutes it had reached a staggering 12.3 GB, as shown in the screen shot below. 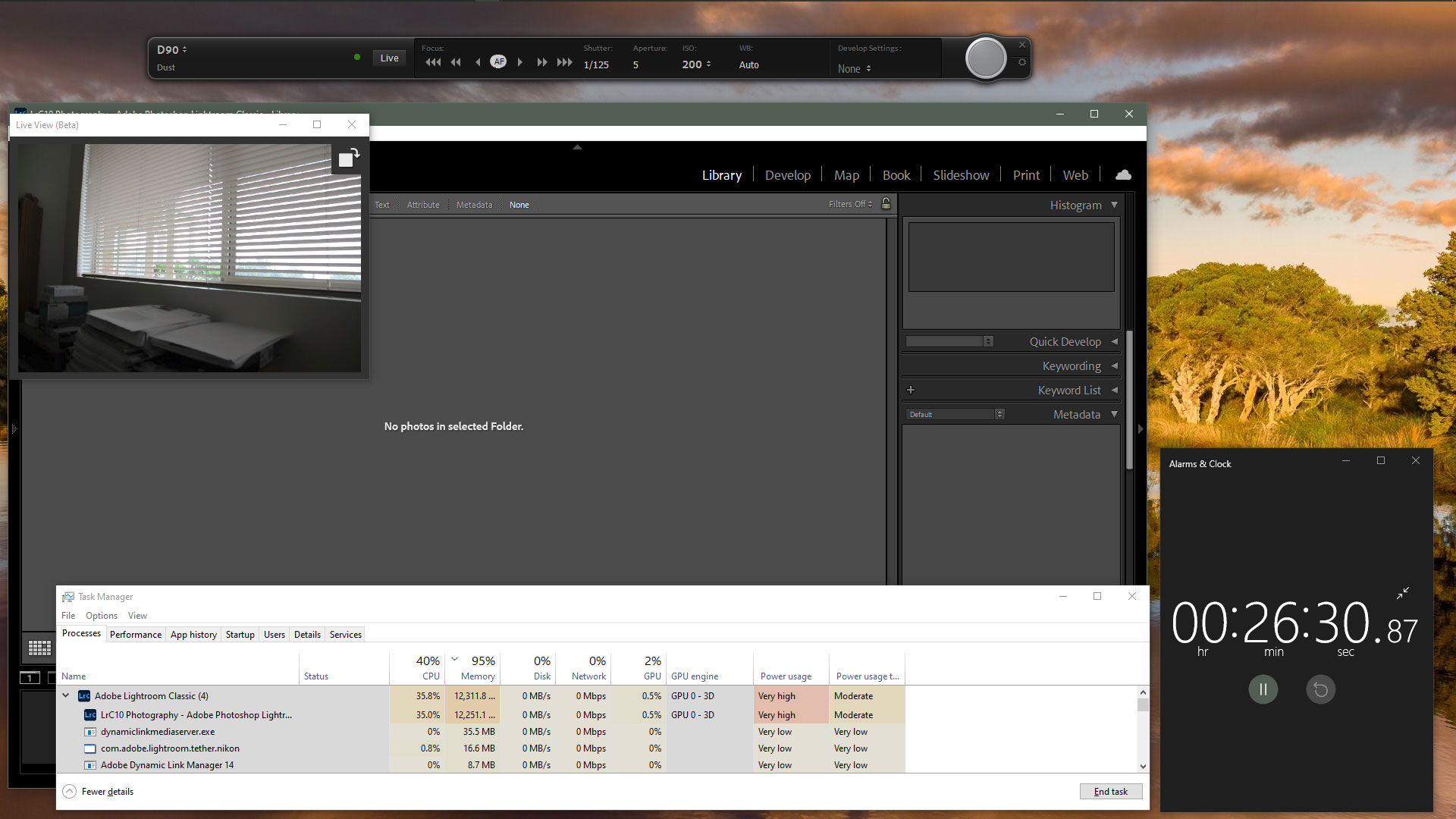 I deactivated both Live mode and Tethered Shooting, then waited another 2 minutes. Not a single byte of memory was released by LrC.

I then closed LrC. The release of its massive memory grab can be seen in this screen shot on Windows Task Manager's memory performance tab. 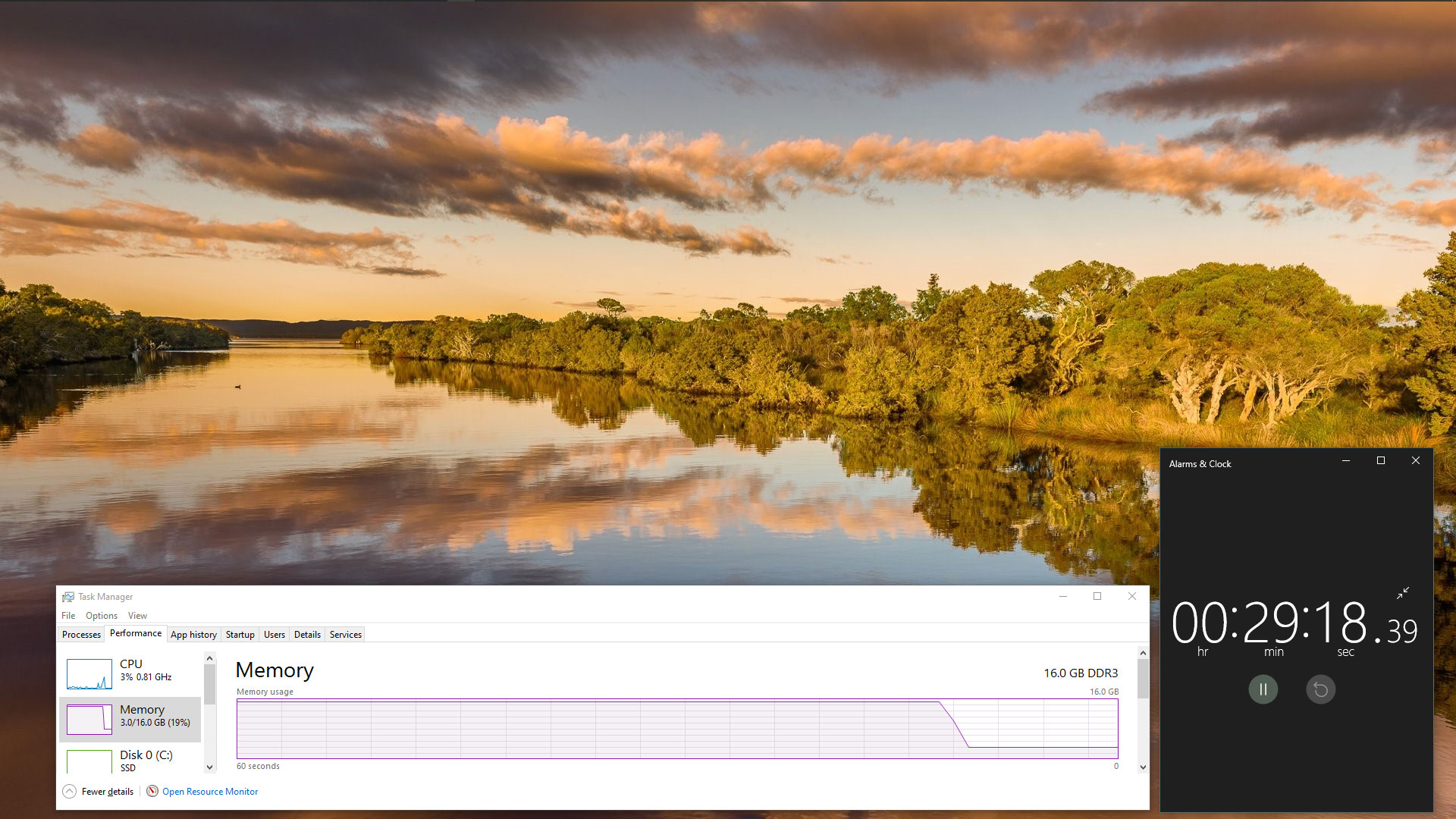 This test lasted only 29 minutes and during that time LrC took almost all available physical memory in a period of only 12 minutes while Live Tethered Shooting was active.

Updates to Camera Raw, Lightroom Classic and the Lightroom Ecosystem products for Desktop, Mobile and Web, were released today and contain a fix for this issue.

Please refresh your Creative Cloud application and install your update when it becomes available. Thank you for your patience.

The serious memory leak has been fixed, but...

My D90 behaves quite differently. While Live View is activated, memory use cycles up and down by about 138MB, repeating periodically with about an eight second interval. When Live View is deactivated, the cycling memory use immediately stops at the value when deactivated. Activating again resumes the same up/down cycle of memory use. Unlike the D750, the D90 doesn't keep going up to a new higher level of memory use with each Live View activation/deactivation.

This is so weird.

@anthony_blackett , Thanks for taking out time to report it . We are looking into it.

I can confirm that LrC using Nikon Tethering uses up all my 16GB computer memory within 25minutes. It appears that once LrC uses some memory it is never released - until LrC is closed

I've been having massive issues with this; it causes dramatic lags and is nearly halting my processing.