Hi any help would be greatly appreciated. Two images showing, 1 with images in folders while importing and then this morning when I switched the lightroom on blank. I was still like that after 1 hour. 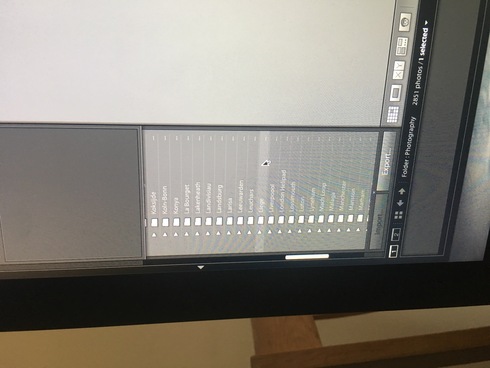 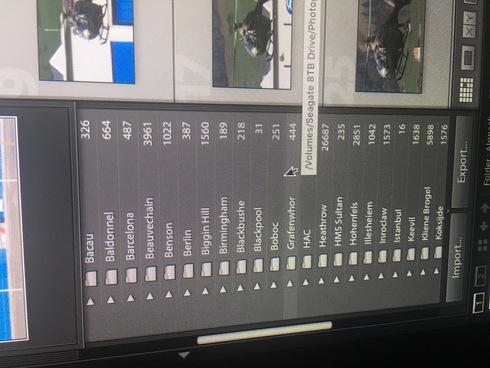 What happens if you restart Lightroom?  Restart your computer? Are they still blank after attempting both?
Adobe Photography Products

After 3 hours they have all appeared. That took along time. Any idea what could be the issue?

If you restart Lightroom does it take 3 hours or do they populate more quickly.
Adobe Photography Products

I restarted the Mac earlier and took just as long

I read somewhere that it could be the amount of files. But never had an issue that it took that long

Unless you have millions of images - it probably isn't in play.
Adobe Photography Products

That is really abnormal. Have you optimized your catalog recently? File>Optimize...Where is your catalog stored (internal, external)Did this behavior just start or has it been going on a while?
Adobe Photography Products

It’s a new external hardrive, the catalog is stored internally and only just started since importing images from new hard drive

I’ve recently updated the Mac to the recent version but away now, at work so cant give you the specs, hard drive is a 8tb seagate and it’s connected via USB

With that many recently imported images, very possibly LR is still building the initial previews. You can see its progress in the upper-right corner:

You could wait until the previews are all built, or you could cancel the Fetching Initial Previews task and force the previews to be built later using Library > Previews > Build.

You could do the next import using the option Build Previews: Minimal and then build the standard-sized previews later overnight using Library > Previews > Build.

LR tries to remain interactive when doing such tasks in background, but it's always struggled to do this well for all users all the time.

I’ve seen this building preview etc in progress and was running for a few days. It seemed to be slowing the lR down on importing other folders.

The other thing I was using minimal before and no images were showing on the preview page. I changed it to standard and they all appeared.

"on the preview page"

Do you mean the Import window or in Library grid view?

Library grid were the images appear

When you used Minimal and observed a blank grid view, did the progress bar in the upper-left corner indicate any activity?  It may have been that LR was getting bogged down with the huge import and was very slow in updating the view. As a workaround, I suggest doing the import with Minimal and waiting until the progress bar indicates all activity has stopped before trying to use LR.

Hi John, all I’m doing is importing files and not doing any work as such.