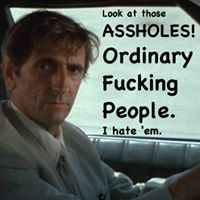 Lightroom Classic: How about selling adobe camera raw as a plugin for Lightroom!!!!!

How about selling adobe camera raw as a plugin for Lightroom if you are going to continue to sell Lightroom 6 than I shouldn't be forces to go to CC just to open and edit files from a new camera. I would be willing to pay for the all of ACR or just the plugins for my cameras.

You can use the free Adobe DNG Converter to continue to use Lightroom 6 with newer cameras.

What you are asking is like asking a car manufacturer to put the new engine that comes in a 2018 car in your 2014 car.
Adobe isn't forcing you to do anything. you can continue to use LR 6 for as long as you like and they even supply a converter program to turn raw files from a new camera into DNG files that will load into your version of LR.
There are also many other RAW converter programs available.

Your comparison is ridiculous ACR could easily be sold as a plug in and as I suggested they could just sell you plugins for the cameras you own if adobe is feeling particularly selfish. I will say it again stop defending Adobe. I mainly put this to get Adobe’s attention to see if they might consider doing this.

Maybe ask your new camera's manufacturer why they failed to offer DNG as an option?

DNG is no guarantee of compatibility, I just looked at adobe’s list of compatible cameras and if I upgraded from my Leica m240 to an M10 it wouldn’t work. Stop defending abobe’s behavior.

Yes it is. As a test, I just converted a Fuji XT2 raw file to DNG and could import it into LR versions before Fuji started making X series cameras!

While I wish Adobe had not ended perpetual licence versions of LR, it's easier to defend Adobe's behaviour than it is to defend the camera makers for failing to offer the DNG option.

You had to convert your native RAF file to a DNG that's sub optimal and as I said (look on the compatible camera list under Leica) my Leica M240 will still work on the perpetual license but if I were to replace it with the new model the Leica M10 I would have to convert the files to some sub optimal standard DNG to work with them because according to the compatible camera list the "DNG" that the M10 makes is not compatible with the perpetual license version. Apparently "DNG" isn't as universal as adobe would have you believe! I understand Adobe needs to make money, I would rather be nickel and dimed by having to buy raw converters for each of my cameras (hell maybe that's even something the camera manufacturers could be expected to furnish) than be forced to rent software, I do not need all of the functionality of Lightroom (whats in the perpetual license version is more than enough).

How is the converted-to DNG suboptimal?

I only converted to DNG as a test - showing that older versions of LR can read raw data from much newer cameras when it is stored in non-proprietary, publicly-documented form. It's not suboptimal when that's done by the camera, as Leica and Pentax do. I wish my Fujis and Nikons did the same.

You're probably misreading the documentation (Lightroom 4.4 can support the M240) but it doesn't change the point - the real failure is camera makers' failure to offer DNG as an option.

Minimum camera raw plugin 7.4 for the leica m240, 9.8 for the Leica m10. I MISREAD NOTHING! Apparently DNG’s aren’t the universal panacea adobe makes them out to be. I would be fin with the camera manufacturers supplying the raw file converter plugin. As I said before I put this up so that adobe would read this and think about their customers who are likely looking over their options, not to elicit comments from the peanut gallery.

I guess Adobe can read when someone goes ad hominen....

DNG has gone through a small number of revisions. If M10 files use the latest revision, it's Leica's choice not to be as backwards-compatible as they could be. Maybe they feel that their customers don't want to pay peanuts for their cameras or their software?

I think there is a case for making individual camera support available, but it's more about helping customers who buy new cameras in the few months before they are supported in the next ACR/LR update - not for customers wanting to circumvent the subscription model!

QUOTE:
Minimum camera raw plugin 7.4 for the leica m240, 9.8 for the Leica m10. I MISREAD NOTHING! Apparently DNG’s aren’t the universal panacea adobe makes them out to be. I would be fin with the camera manufacturers supplying the raw file converter plugin. As I said before I put this up so that adobe would read this and think about their customers who are likely looking over their options, not to elicit comments from the peanut gallery.
END QUOTE:

Even when the camera uses the DNG format for saving images files to the card LR still has to support that specific camera make a model.
The newer DNG converter, along with the newest ACR and LR versions (even several ACR and LR versions back), support the M10.
The converter rewrites the RAW files, even DNG files, in a way that older versions of ACR and LR can read them. It does not remove any data.

And your Attitude is the worst.
Have a great day.

My attitude isn’t the worst Adobe’s is! I never wanted your input or anybody else’s about this problem, l watched a video on Adobe’s website and they provided this page. I thought it was a suggestion box not a forum for Adobe fanboys to defend Adobe’s dubious business practices and bash camera manufacturers (manufacturers that adobe would be nowhere without).
Please don’t reply to this I do not want to hear from anyone accept Adobe themselves!!!!

Jhon Beardsworth, I am not asking to get something for free I am asking to be able to buy what I need to continue to work with any camera I may choose to buy in the future without having to rent software , you may call it circumventing the subscription model, I call it asking adobe living up to their responsibilities to their customers. In the case of DNG that responsibility is much like their responsibility to users of the PDF format it has to work every time.

As I said before, Adobe solved this for free with DNG Converter. Having the option to buy Camera Raw would not be an option, because Lightroom doesn't use Camera Raw. Yes, it contains the same raw engine, but the algorithms are built in. Offering Camera Raw as a plugin would require a major rewrite of Lightroom too (because even with a plugin, Lightroom would first have to import these unknown files), which doesn't make sense with the DNG Converter option they already have.

So forget about it, it's not going to happen.

First off I do not want to convert my cameras native raw files to dng because the only raw editors that universally recognize the files are adobe products and I am not about to get trapped in to using adobe products.
Secondly unless you are a representative of Adobe I really do not want your opinion about what is or is not possable. I put this up as a suggestion for adobe not to solicit the opinions of adobe users.
EVERYONE DO NOT REPLY TO THIS THREAD AND OR QUSTION UNLESS YOU WORK FOR ADOBE AND ARE IN A POSITION TO MAKE SOME KIND OF DECISION ON THIS MATTER!!! I DON'T CARE ABOUT WHAT YOU THINK!!!!

You already have your answer, you just don't want to hear it.

A 'camera raw plugin' would require a rewrite of Lightroom 6﻿, because 'import plugins' don't exist. And Adobe already officially said that Lightroom 6 will not get any further updates.

This isn't going to happen and railing at people who are offering their perspective just makes you look childish. This is a business forum, please act like it.

While t may look like i’m Railing you and every person who replied to this, I clearly stated after the first reply that I was looking for input from Adobe, I posted this as a suggestion to Adobe (if anything it is Adobe’s fault because they directed me to this page instead of having some kind of an online suggestion box) and that I neither asked for or wanted input from users. Why did you bother commenting?
Comenting when you have been put on notice that your opinion was not asked for or welcome is the epitome of childish!
TO EVERYONE WHO DOES NOT WORK FOR ADOBE, STOP!

Well in all honesty I have gotten a few laughs from this thread. Thank you.