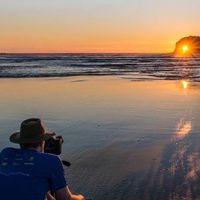 For two weeks I have been trying to get LR to sync to the cloud. LR runs horribly slow on my iMac. The Fusion drive has gone corrupt twice and the second portion (flash) was just replaced. I restored my iMac from Time Machine and imported 5,000 photos from my trip to Maui... It will not sync them. While it is syncing, LR runs EVEN worse. The only way I can bear to edit is on my iPad because the desktop is so pathetically bad. Only now I can not get photos synced to the cloud where I can access them, edit them, or share them with clients.

I have deleted the sync.lrdata more times than I can count. I have rebuilt the sync data from the LR/Preferences/Lightroom Sync menu. In each case it counts down from syncing 90,000 photos, and in each case it invariably stalls... somewhere. It stalls at 50K, it stalls at 29K, it stalls at 5K. I quit or force-quit LR (depending on how badly it's locked up) and reboot/restart. Ultimately it ends up at 5K unsynced. The new photo menu folders have not even loaded to the cloud. Mobile photos loaded through my phone are syncing back to the desktop catalog. But nothing is going from desktop to the cloud.

The list of Sync Details/Errors under sync activity shows a random assortment of errors that I am unable to trouble shoot, listing "Metadata". The minimum number in there has been 30, right now it has bumped up to 240 since I just deleted the sync cache again.

The closest I got to clearing the cache was last night. I removed all the new photos from the sync queue (deactivated the collection folders, deleted the photos from the hard drive, reimported fresh) and got down to sync zero status (sync activity still listed 30 errors, but the bouncing blue "syncing" number was at zero). But then I added the new photos back and they will not load. WILL NOT.

Starting a new catalog is not an option. Too many clients relying on the existing shared folders. Too much time invested in a catalog spanning over 5 years.

I have been surfing these and other forums for months. I've seen variations of this problem listed more than 50 times. None of the attempts to troubleshoot using that information has worked for me this time. This is not a new issue for me either. I struggle with it for weeks at a time with no legitimate concrete resolution. Sometimes the catalog will simply sync the stubborn pics for no apparent reason and then function for a few weeks (mind you, LR does not ever function well, but at least it loads pics so I can edit on iPad). But not this time. I've been up until 1AM working this issue for two weeks... There must be a solution somewhere that doesn't require starting a new catalog.