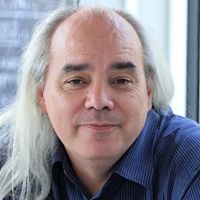 Lightroom Classic (9.1, released 11 days ago) on latest Catalina release is unresponsive for tens of minutes when import dialog opened.

Lightroom CPU consumption consistently about 100% after import dialog opened.  Before it is opened the UI is responsive and CPU eventually drops to a negligible level after start up.  Wit the import dialog open Catalina sees the application as mostly not responding with brief periods of responsiveness.  Spinning ball cursor shown after any interaction with UI (hover, mouse move or click).  Clicks on the UI when they are possible (to change the source directory) are responded to after several seconds to tens of seconds.

Catalog is on internal disk.  Last successful import was from internal disk.  Screenshots below are from my unintentionally leaving the SD card mounted when I opened Lightroom.  The behaviour is slightly different when the SD card is not mounted, eventually you can make the source dropdown drop and select a directory. Populating the screen with the content of that directory takes a long time.  After that, import works with CPU fluctuating between about 100 and 250%.

Killing Lightroom when it is like this appears to improve the behaviour sometimes (kill it until it works is not a viable operating model and is unwise with what appears to be a non-transactional database engine embedded in the application). 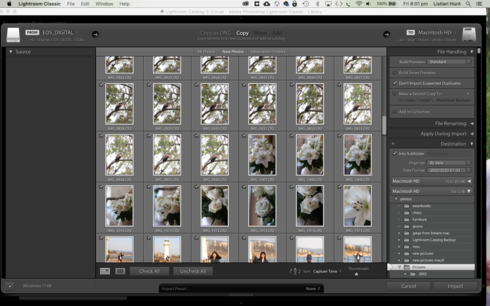 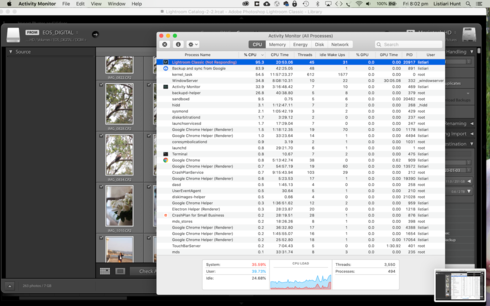 Sounds like a bad install Greg, I would recommend your reinstalling Lightroom using this procedure. Clean Classic Install ProcedureDoes it improve after following these steps?
Adobe Photography Products

I'll try that.  That suggests that the install/verification process is buggy.  Do you need more information to help you fix it or is it a known problem?

Rikk,Thats much better.  Given that the install appears to have failed silently, what do you need to diagnose that?Greg

No. Most lIkely it was due to the state of your machine at time of the first install. Hence, the requirement in the instructions to restart the computer to ensure a clean state.
Adobe Photography Products