I have just installed the 2015 CC edition of Light Room but am having problems publishing and exporting photographs. When either exporting to hard disk or publishing to FlickR, I'm getting 5 or 6 random, all white images.

Lightroom 2015.1.1 / 6.1.1 was released today and should resolve this issue. http://blogs.adobe.com/lightroomjourn...
Adobe Photography Products

Thanks for the update!

The same sort of issue was reported a little over a year ago:
http://feedback.photoshop.com/photosh...

Does it make a difference if you export from Library vs Develop?

Do you have any non-Adobe plug-ins installed?

Hi Steve, I had seen that thread but it appeared to be inactive without a solution being suggested.

I have lots of random images when downloaded photos. Can I delete them altogether or does it have to individual. I'm new and learning to all this .

I exported the pictures from the library module. I have no add-ins installed. This version is as installed from the recent update.

Interestingly, the same pictures were affected on both exports (hard disk and FlickR) but when these were selected individually they exported ok.

I had the previous version installed and didn't get any problems before the CC 2015 version was installed.

I have the same issue. Win 10, did a refresh. Reinstalled CC 2015, Problem persists. Export done from Develop Module with Intel Octacore. Added Watermark during Export. Same Presets and Settings I used in LR 5. Roughly for every 100 exported photos i get 1 white one.

I have the same problem with LR6. Never had this problem before.

I try exporting from Library or Develop and it makes no difference.

I also get this problem in one or two photo on 100. The image is then blank (white) but I see my watermark.

When the white photo happens is it extra or is it in place of an intended photo?

Is it watermark related? In other words if you don't do the watermark does it still occur?

What type of watermark are you using, PNG, JPG, Text (what font)?

Thanks for taking the time to investigate this...

The blank photo takes the place of an intended photo.

Up to now I only had the problem with watermarked photos. I will try it today without the watermark.

Also, I have installed recently on my computer ImageMagick to create PDF image, I am wondering if the mogrify of Lightroom may have problem with the ImageMagick mogrify...

I don't have ImageMagick but get the same problem.

Thanks for the feedback David!

You may be able to use LR with ImageMagick to add a watermark so also try that, as a way to test if it is the LR watermarking process.

I have tried exporting 147 photos to my hard disk - all as jpg.

If I have the watermark turned on, then 3 of them were completely white, apart from the watermark. Interestingly, using Windows Explorer to view the thumbnails then these are all ok. It is only when the file is opened that the image is white.

If I export the three images again, by themselves, then they export correctly. It is only when they are part of a large batch.

When I turned off adding a watermark and then exporting all 147 images again, they all exported OK.

Exporting the entire batch, with watermarking turned back on, then the same three images were all white.

The file size of the blank images are between 300KB to 400KB but when exported correctly, they are around 16MB.

I have uploaded the blank image. 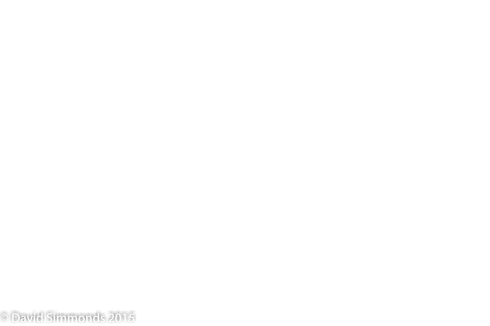 CORRECTION. When exporting the entire batch for the 2nd time, with watermarking turned back on, 3 images where all white, 2 of these were the same as the 1st time, but 1 was a different image.

Same behavior here... I hope Adobe will get this fixed. I tried to contact support but it does not seems to be an option... Pay for the software and get bugs and no support. Great business model! :)

Someone at Adobe supposedly reads each thread here, at least initially, so even though you cannot get a personal interaction with someone from Adobe now 18 days after the thread was started, that doesn't mean no one at Adobe has seen this. I'd guess someone has submitted a bug internally, already. Hopefully they will be able to fix it by the next release, especially since the same issue happened at the beginning of the LR 5 release phase.

My wife and I are both also having this problem on two different systems, but it also happened in LR 5.7. When we batch export, we sometimes (but not always) get the white thumbnail and/or white image. Sometimes the thumbnail is correct, but the file is white when opened.

Exporting one folder at a time, each about 500 images:
"Export Results" says 3 files "could not be opened", but I was able to individually export them.
8 images were blank (logo on white). All 8 exported correctly when individually exported.

Simultaneous export of two folders, each about 500 images:
"Export Results" says 5 files "could not be opened", but I was able to individually export them.
10 images were blank (logo on white). All 10 exported correctly when individually exported.

The files which "can't be opened" or export as white are scattered throughout the folders being exported.

It's really troubling that the thumbnails sometimes show the image, and that this problem has appeared for quite a while.

How many of us actually want to open each file to know if the export worked? When we don't check each file, we end up uploading a lot of blank images to an online gallery - very unprofessional looking.

What makes the export problem additionally difficult is when files are renamed on export. (We rename by groups and sequence number within the sporting event to make it easier for the clients.) It makes it very difficult to go back and locate the file which needs to be re-exported.

Really, I don't care about facial recognition, mapping, or other "bells and whistles". Exporting is core functionality that I do care about.

The bug causing "The file could not be opened" has a specific cause (bug) -- see my post in this topic: http://feedback.photoshop.com/photosh...

David - if exporting to JPEG, an easy way to check whether the image is OK is to sort by file-size. The faulty images are a lot smaller.

You may be describing two unrelated issues happening to your exports.

The files-cannot-be-read could be a simple permissions problem, but also occurs if another process is also trying to manipulate (or read) the file at the same time LR is doing something with it. This has been reported if the export folder is a local dropbox folder as well as if the folder is being "watched" by Bridge. This is less a bug in LR and more of a user-created situation where two processes are interfering with each other (or there is a permissions problem).

The white exports are due to the watermark and a bug in LR6. LR 5.0 beta had the same problem some years ago. Hopefully Adobe can fix this one quickly as it's been reported many times since LR 6 came out. A workaround would be to not watermark during the export and use another product afterwards. I don't have anything free to recommend, but if you also have PS as part of the CC Photography Plan, then there may be a script somewhere that can do watermarks.

I also have this problem. Random blank images but the thumbnail is fine. Really disappointing to search through 600 wedding photos to find every blank image!

I'll try the workaround to export without a watermark.

If you also have PS-CC then temporarily open Bridge on the output folder and make sure you have high-quality-thumbnails turned on, then Bridge will show white thumbnails, which makes things much easier to find.

Close Bridge before you Export otherwise it can interfere with writing the output files from LR.