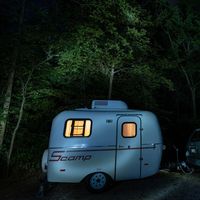 Lightroom is running quite slow at times on my system and I am wondering if my workflow is part of the problem. I have a 500MB catalog file and 25,000 images in the catalog. On some photos I do a ton of local edits. It is my understanding that this creates a lot of math instructions in the catalog on those images. Is that slowing things down in lightroom for me? Would I be better off doing those edits in photoshop and saving the file as a PSD? Would that speed things up some?

The first step should be defining as best you can, what "slow" means, and when it happens. Only then can anyone make any recommendations.

Don't just start from some place you understand to be a problem for others and is easily tweaked. This is like looking for lost keys at night not in the place where you last saw them, but where the light is better.

25,000 images isn't too large a catalog, but there are lots of factors that affect performance. For suggestions on improving performance, see Optimize performance | Lightroom.

No doubt doing tons of local edits will increase rendering time for those images. But it should not affect other aspects of performance.

So, catalog size - mainly affects global catalog operations, like updating the lib filters. But does not affect things like stepping from image to image, and the part of the catalog size due to local edits doesn't much matter either. Lightroom skips through the catalog assimilating the pieces of interest and ignoring the rest...

Massive local edits - affects individual photo re-rendering time. If that is the part that's rubbing you, then baking in those locals will improve image rendering time for those images (but will not speed up Lightroom in general) - some people export photos to be re-imported in the catalog, then use the exports for slideshows and such. Me? I keep export trees sync'd at the ready so use of edited photos is lightening fast outside Lightroom.

Other things to consider:

Do you use sidecars or dng files? Dng have many advantages, however sidecar files can be written faster.

I am editing tons of photos in Photoshop, and I find for my hardware it is much faster to save as uncompressed tiffs rather than psd files. (This is a time/space tradeoff).

If you are on Macintosh, my experience is that after editing tons of files you are best off rebooting, esp. if memory is limiting. Your mileage may vary.

I definitely 2nd the notion of keeping eye on memory consumption when doing lots of painting and/or spot reduction (if computer/Lightroom becoming less responsive). They're notorious for "over-consumption"... - restarting Lightroom clears it.

Thanks for the feedback. I was able to increase performance by moving the camera raw cache back to the internal drive from the FireWire 800 external drive. I am running an iMac 4GB, 2.4 GHz core 2 duo. Sorry for the delay in responding but I was traveling. Thanks for othe prompt responses.

I'm surprised that made a noticeable difference, and suggest something other than sheer drive speed is responsible for the improvement.

This isn't about disk speed, necessarily. FW is an additional protocol and bus that has its own performance profile. What is odd is that, as far as I know, the raw cache isn't stressed for edits. It is populated when an image is opened in Develop, and from then on the cache is read only for that image.

We would expect random access reads to remain reasonably constant, but the drive might have gotten into a bad state. Or it was close to failing.

But the raw cache should be placed on a fast local partition anyway. It contains no precious information, so it can even be excepted from backups, or put on a RAID optimized for speed and not safety.