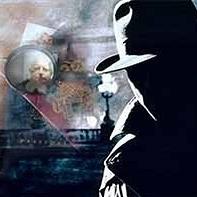 Is Lightroom CC Desktop being enhanced on an ongoing basis?

CC Desktop is certainly getting better with each release, but I'm still finding I have to resort back to Classic for certain things. Of late these have been;Now I'm not complaining here. I think CC Desktop/AppleTV/iOS/Web in all its combinations is brilliant, and generally functions really well. The missing bits seem to detract from it though, and I'd really like to be able to remove Classic completely if for no other reason than to save some space. I do store the Catalogs on different drives, and the backups on different drives so so far I've had no clashes in that regard between CC and Classic. And both seem to happily share the cloud repository. However, they both by default keep their running data on the main drive. Which does slowly eat up space?CCs connection with Photoshop seems pretty seamless too. Which is nice.So really, this is not a question but rather an opening discussion. While I'm liking CC and it's variants, the Desktop is still lacking a few options that seem pretty easy to build in. Let's face it, for any serious photographer or anyone working with graphics, the Desktop is the go-to program for day to day work.

Yes, it's being very actively developed. Most of the bigger features we want take more than a single 2 month release cycle though, so I think you'll see it ramp up as some of those bigger features start to be completed. There's still a lot of foundations being laid at the moment, like the Connections feature (October 2018 release) that Publish Service type features would be built on.

Thanks VB. good to know.