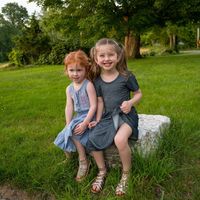 Point being, by default "Enable Profile corrections" is disabled and I can't adjust distortion and vignetting in any way.  To do so requires that I enable that option which auto-selects some random Nikon Lens with it's own profile that distorts the image based on said profile.

I've used LR for nearly a decade shooting Canon and Nikon.  I love my Z6 but I'd like a bit more control over lens profiles and the current UX doesn't give that.

I recently (last year) tried out a few other editors because of this issue.  I was hoping the 9.2 update addressing RAW presets/defaults would address it but I wasn't to a point I could easily update my catalogs.

I've yet to fully try out the RAW defaults feature.  At a minimum I'm hoping that (if at first glance I've properly understood the feature) I will avoid having to do what I've been doing since last March - applying a preset which zero's out values to avoid the garish contrast (et al) adjustments Nikon was applying in camera.

That said, when I go to "Lens Corrections" in the Develop module the UI doesn't expose the capability to adjust the vignetting/distortion without disabling the setting as per above so I feel certain it won't be addressed by these RAW defaults.

If CaptureOne (and I think ON1) allow me to adjust these settings without automatically applying them then why not LR?  Just give us the freedom to do so.  I know from importing some wide-angle shots into Capture One LR is definitely cropping these.

At the end of the day I can just enable manual correction, but again if I'm trying to retain a bit of distortion and say move the slider to 25% the lens selected (for example 105mm when lens used was 24-70 f/4 z) will retain distortion to that level based on the 105's profile.  I know this b/c I can switch to any other lens (say a fish-eye) on the same image and get drastically different results.  While moving the slider to 0 is effectively saying perform 0 corrections and allows me to retain all distortion this issue is keeping me from adjusting part of the way.

If I'm doing this wrong or misunderstanding what's happening let me know, but I gather from the results I've seen with my own eyes in CaptureOne that LR is restricting me with the Z lenses.

ASIDE QUESTION RE LENS PROFILES:

I recently picked up a 50 1.2 AIS.  Is there any way to quickly apply that profile to all lenses that lack one (I also have a pre-AI but AI converted 135 2.8 so I don't want to blanket apply on all images).  The current UI keeps defaulting to Nikon Cool PIX...

Note: This conversation was created from a reply on: Lightroom/Camera Raw: Lens profile for Nikon Z series?.