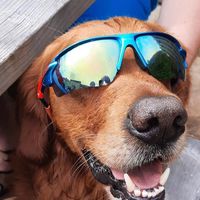 Started using IPAD Pro with LR Mobile but it is pretty much useless to export anything since the quality is far too low for pretty much everything I want to do.  Try sharing a LR export on Facebook to see how bad it looks as an example!

Example - Exported from desktop with decent settings come out about 10MB and look fine on Social Media.  The same file from LR CC comes out at 3MB on the Ipad export (this is the original RAW which has been imported onto the IPAD and synced by LR back to desktop classic version).  Even setting both to 2048 to try and stop FB doing anything further to shrink the file makes no difference other than the desktop export is now much smaller but still shows on FB much much clearer.

Might be fine for some use cases, but when sharing on Social Media (which is about only time I would export from the Ipad) FB obviously compresses the file again but since the quality is already low, FB turns it into a mess so it comes out the other side shockingly bad!

Having found this I wont touch CC on my desktop as assume it will be as bad and the use of my Ipad (combined with the keywording issue) is increasingly pointless.

I don't quite understand why you should use LR CC on desktop. this mobile version is meant for mobile computers, particularly tablets. I also wonder how you can judge quality on Instagram or facebook with extremely limited resolution pictures. JPGs with 3 MB should definitely be more than enough unless something is wrong with your basic preferences.

I am not using CC on desktop, I use Classic for a number of reason not least I can export half decent versions of my images from there.  But CC on my ipad the export is clearly full of compression artefacts when viewed on Facebook on anything larger than an Iphone so not hard to see the quality drop (basically due to FB compression an over compressed image again) Since CC doesn't give you any options on export other than 2048 or Max not much I can tweak (and yes 3MB should be more than enough so god knows what LR is doing to these images)

are you absolutely sure that you are using the correct resolution for FB? Facebook will heavily compress your data and that will naturally lead to artefacts. I have just shared one picture from my iPad to my facebook-account an I can't see artefacts there (I exportet at 2048 resolution). However, I have to admit that I am not a pixel-peeper and facebook ist most certainly NOT my priority address.

2048 is recommended for Facebook to avoid them compressing it further but doesn't seem to make much/any difference here - not that there is any choice on LR CC Mobile which is ultimately back to the problem.  Make me think that if it can't do that it is really not something I can trust to do any more important exports.It gets even worse when not using RAW (like if shoot with my Sony P&S) - by the time it has gone through LR it is pretty much unusable on Facebook

well, I am certainly notnot an Adobe-representative, but simply can't think of any reason, why your shared images should be compressed and full of artefacts an not mine. Have you syncronised JPGs with yr LR Classic on you PC or Mac yet? are theJPGs from your iPad ok there? have you shared images from mobile to somebody elses FB account?

I’m following this with interest. I shoot only in raw mode with my Lumix DMC-G5, and all my images are synced to LRCC. I can work on them on the iPad, on the iPhone and on the desktop. If I’m really out of reach of that lot I can use the web cc version. Nice. I haven’t opened Classic in some time now. Dont see the point.
I regularly post to Facebook, and Twitter. I rarely use Instagram so can’t speak about that. I also put images onto various websites.
I’m on a Mac.

I have never had any issues with loss of quality, or artifacts in the images. I am struggling to replicate the problem mentioned above, although I’ve no doubt it’s a real problem. I wonder if it’s possible to put the “shockingly bad” images into this thread so we can see the problem?

What is the “2048” that is mentioned? 2048 what? You’ve lost me with that one. How does one Export from LRCC Mobile, as opposed to Sharing?

Export Maximum or "Small 2048px"  are the only options when exporting. 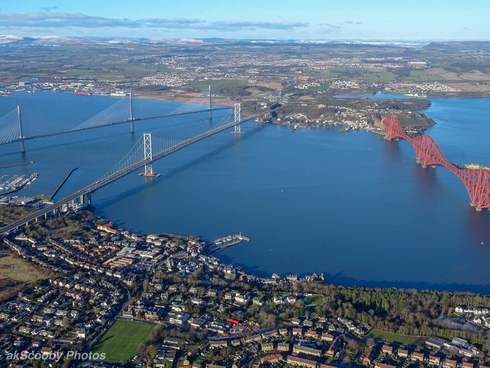 This is a pic taken from Facebook that was exported from LR CC on my ipad - Can see artifacts around grey bridge on left and houses in foreground. 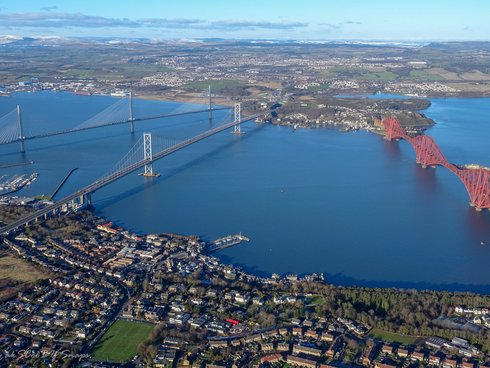 Export / Save to Camera Roll/  Share Facebook - I think are all the same.  Despite selecting Max its not comparable to LR Classic exports from my desktop using the same source file.

However - as I see it, exporting to Social Media, there's no point in going anything other than the basic 2048 anyway. It's only going to get degraded. On social media one size has to fit all.Also, if the original image has a lot of noise in it, that's going to be emphasized when the resolution is adjusted. These artifacts you mention look a lot like original noise. Although I could be wrong on that one...This image is exported from LTCC iPad to the Camera Roll and put on Twitter from there. Looks fine.Below is the detail of the file. The original file is a RAW file, this export is jpg.https://twitter.com/R_A_Chalmers/status/1100057568234405890?s=20Haven't been anywhere near Classic. 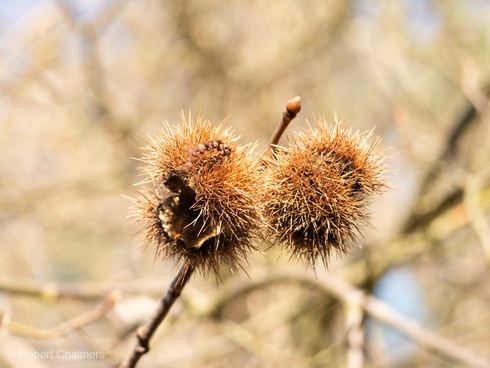 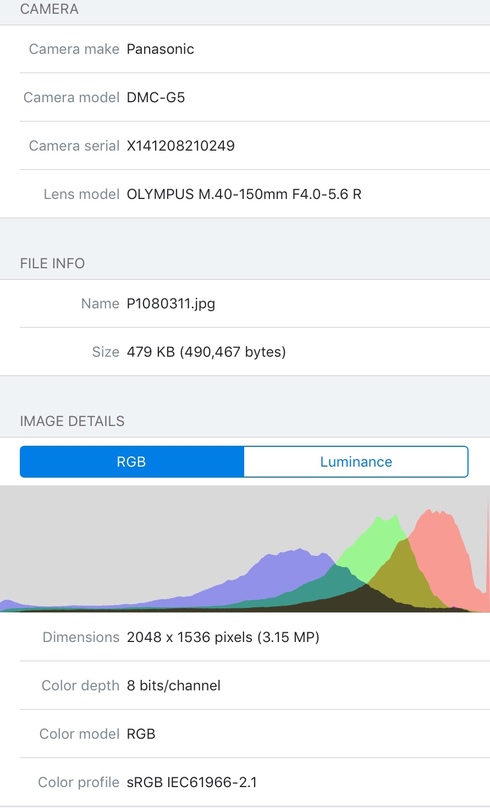 it is difficult to judge since the first example is simply too small for my eyes...

The image size in the first one is another byproduct of CC export, noticed that too that its much smaller than desktop export.  The local version is not nearly as bad as that and is acceptable (works on other platforms that don't compress is so badly which is probably why the above plants pic looks pin sharp)Export from desktop and not put on facebook can be seen on Flickr to show it was a decent copy to start with   https://flic.kr/p/QP91Uv

Actually I think this is the very same pic from LR CC on ipad posted to 500Px showing that it is FB compression that is really to blame here, but leavs the question as to why we can not get stuff out of LR that is adequate level to not suffer so badly when its compressed again by FB

Actually - I am starting to think its the upload step on Facebook on mobile devices - I just passed the export to my PC and uploaded and its acceptable all of a sudden its looks much better.  I assumed the difference was LR export aspect, not using Facebook on a mobile device vs desktop (Iphone has same issue)

This is interesting. Have you tried uploading with an android vs ios aswell?

most social media and internet-forums (fora???) are limiting the size of uploaded pics, and - unless you know the exact resolution - will normally compress rather brutally. that not only goes for FB but all other media. I guess what you would need is a chance to tell LR CC exactly to which size it should reduce before uploading. from what I can see FB pics are smaller than 1200 px, so LR CC should add this, i.e. 2048, 1200 etc. etc. and suddenly your uploads would look ok